It’s been a summer of sporting investment for Bostik 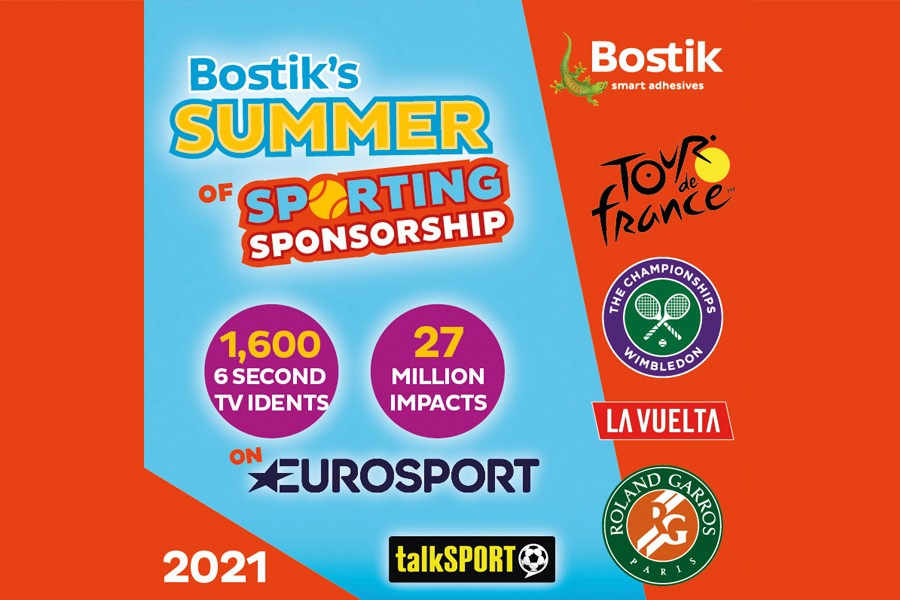 BOSTIK has supported its range of floor preparation products and flooring adhesives with TV and digital sponsorship across several major sporting events during 2021, including the French Open, Wimbledon and the Tour de France.

The sponsorship deals were part of the company’s wider ongoing investment in the brand and will reportedly provide more than 27 million impacts.

The campaign kicked-off with 600 six-second sponsorship idents being broadcast during the French Open on Eurosport TV between 24 May-13 June. This included coverage of the qualifying matches prior to the main event, followed by the tournament itself, as well as the competition’s highlight programmes. In total, this resulted in six million TV impacts and over one million digital impressions.

The tennis sponsorship continued at this year’s Wimbledon tournament, where Bostik’s branding adorned the jerseys of three players, each of whom played one of the top 10 seeds.

The two-week tournament commenced on 28 June and had the highest cumulative audience of any sporting event in the UK. This, says Bostik, provided unrivalled branded coverage through both live broadcasts and highlight coverage on TV, as well as in the press, online and via social media.

More sponsorship on Eurosport TV followed later in the summer. Starting on 26 June, 540 six-second idents were shown during the channel’s Tour de France coverage, resulting in over 11 million impacts and 1.5 million digital impressions via the Eurosport website.

This is followed by more cycling sponsorship in August and September during Eurosport’s coverage of Spain’s La Vuelta race.

Alongside the sponsorship at various sporting events, Bostik has continued its sponsorship of talkSPORT’s sports headlines throughout the year. The 10x 10-second branded credits per day enable Bostik to reach over four million radio listeners each week, resulting in over 382 million impacts in 2021.