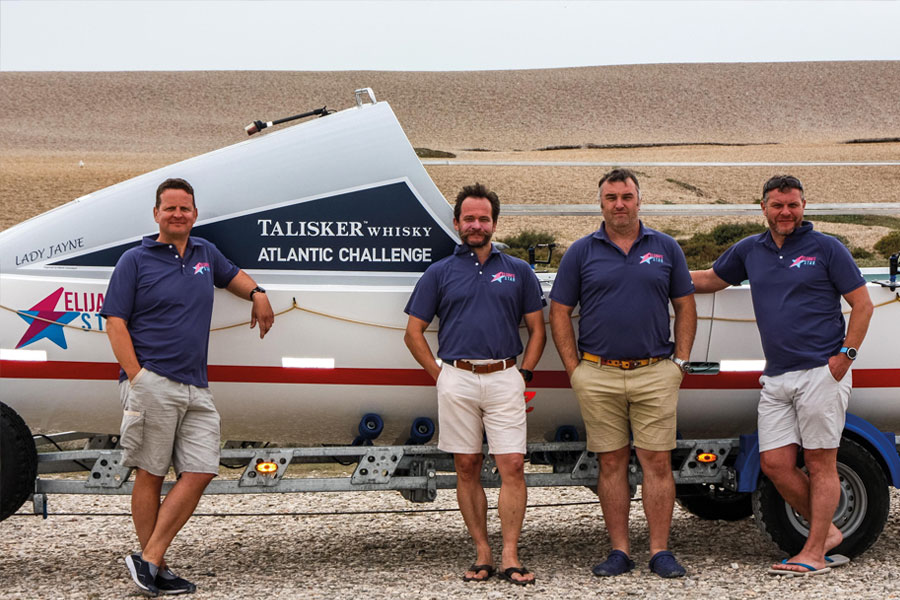 MODULEO, a UK flooring brand, is rallying behind one of the boats taking part in the Talisker Whisky Atlantic Challenge this December. Moduleo’s sponsorship of the Elijah’s Star reportedly draws on the synergies between the brand and the endurance challenge, where strength, stability, resilience, and toughness are requisites.

Moduleo, owned by IVC Group, joins a roster of high-profile organisations also with global footprints which are sponsoring Elijah’s Star. Elijah’s Star four-man crew is aiming to raise 200k for Action Medical Research as it sets its sights on completing the 3,000m Atlantic row, battling waves of up to 20 feet, in a 28x5ft boat.

The crew members will push their personal boundaries by rowing and sleeping continuously in two-hour blocks with sleep deprivation, salt sores and physical limitations being broken daily.

Alison McLaughlan, UK head of marketing, IVC Group, said: ‘What an extraordinary challenge with so many considerations: from team-work and mental fortitude to doggedness and coping with what the Atlantic throws at you day after day. We’re delighted to be part of this transatlantic journey in the run up and the duration of the race.

‘The Atlantic is very much like our business with synergies between the horizon and commercial outlook changing constantly, meaning we all must adapt, anticipate and keep achieving. The hard work is happening now as the crew gather their strength, perseverance and develop as an effective powerhouse and team. It goes without saying we wish them all the very best of luck in their race and their fundraising.’

Lee McCarthy, part of Elijah’s Star crew, commented: ‘A huge thank you to Moduleo for their support in our efforts for Action Medical Research so far.

‘We’re rowing in memory of baby Elijah whose life was cut short due to necrotising enterocolitis, a devastating bowel infection in babies. He was born at 25 weeks and three days, weighing just 823g and lived for just 37 days. Subsequently 37 has become an important number for us all: we’d like to make the crossing in 37 days, and we’re encouraging individuals and organisations to back the boat and become part of the 37 club of sponsors and partners. The hard work is ahead of us now as the crew members balance their day jobs and look to beat our £200k charity target.’

The Talisker Whisky Atlantic Challenge is the premier event in ocean racing and is recognised as the world’s toughest row, covering more than 3,000 miles between the start in the Canary Islands and the end point in Antigua and Barbuda. Phil’s crew is made up of Dean Frost, Mac McCarthy, and Kevin Watkins; longstanding acquaintances who’ve all served in the armed forces and have experience in the rigours of endurance racing.

Action Medical Research has made a significant impact in its 68-year history by funding medical breakthroughs which have helped save the lives of countless babies and children. Breakthroughs which include discovering the importance of taking folic acid before and during pregnancy to prevent spina bifida, the development of the use of ultrasound scanning during pregnancy, supporting cooling therapy for babies starved of oxygen at birth helping to reduce the chance of brain damage and cerebral palsy, development of the first UK polio vaccines, and supporting testing of the Rubella vaccine.

To follow the journey and to become a sponsor or partner, visit: https://elijahsstar.com/corporate-partners/.