Two million miles with Altro: ‘It’s been a fabulous ride’ 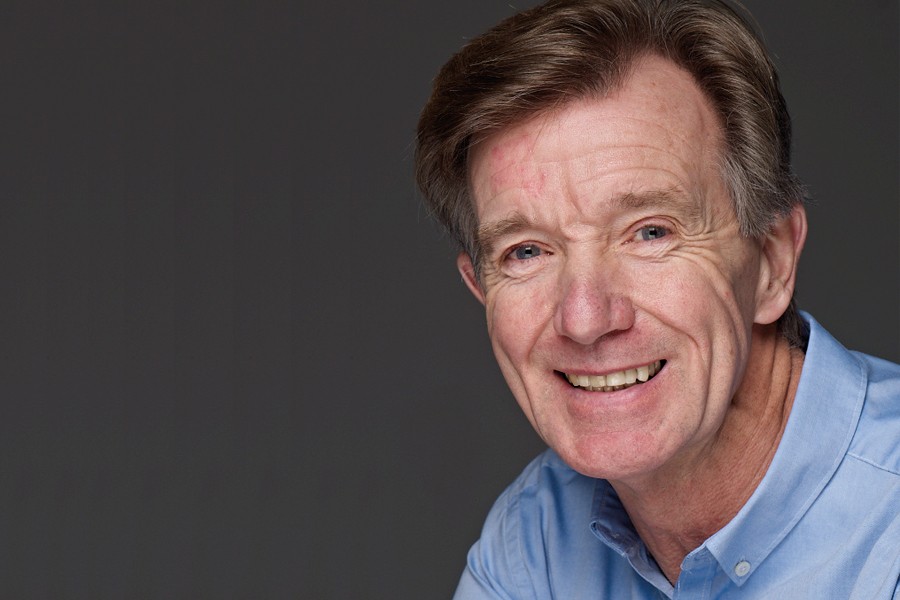 JETSETTING around the world, spreading knowledge of the correct fitting of Altro floors wherever he goes, even, one time, saving a nurse from a knife-wielding villain, armed only with a chair: it’s all in a day’s work for regional technical services manager, David Gatfield.

In September, David celebrates his 50th anniversary with Altro. ‘I had no idea I was going to stay this long,’ he laughs. ‘But it’s been a fabulous ride.’

Nowadays David can be found whizzing around as part of the expert Altro technical services team, answering maintenance and installation queries, and providing training all around the world. But this story starts in 1971 when, aged 19, he started an apprenticeship at what was then the Manchester Altro office.

‘Back then it was a small office over a cake shop. At the time I was doing tiling and wood-blocking, and I was sick of it! I’d never laid a vinyl floor before!’

David completed his first installation job a mere three weeks after he started: a job in a school in Preston. ‘My manager, the man who was teaching me, had been sacked, so I was sent to do this job on my own. I hid behind a row of bookcases and taught myself to hot weld on scrap pieces of flooring, and that was how I got the job done! It got passed, as well.’

David continued his apprenticeship until 1974 and then worked as a floorlayer for Altro until 1978, when he joined the contracts team as contracts supervisor and estimator, letting customers know how much flooring would be needed for a project – and often fitting it, too.
‘Back then we had the one product: Altro Safety Floor, and it only came in six colours. I can still name them – Pewter Grey, which we still use, Mushroom, Geranium Red, Cornish Blue, Moss Green, and Donkey Brown. We still sell it today: it’s Altro Classic.’

In 1982, the contracts branch closed, and David moved to Leeds, joining what would later become the technical services team, where his job was to travel around northern England responding to issues and queries on installation sites.

‘I met a lot of people who would show me an issue with their floor and say: ‘It’s impossible.’ It’s been my job to show them, in a constructive way, that it’s not.’

From 1982, David also started covering Europe, and in the ‘90s went global. ‘I’ve been flying off to all these wonderful places and just having a blast. One time, I flew to Indonesia to demonstrate how to weld Altro Walkway to the architects on the University of Indonesia build. Just off the basis of watching me weld a demonstration mitre, they specified Altro Walkway in white throughout the entire site. I suggested they might want to rethink the colour, since it was in the middle of a swamp!’

The list of countries David has travelled to with technical services would put any sixth-form leaver’s gap year to shame.

Even within the UK, David has done more than his share of travelling. In fact, in his 50 years with Altro, David has had a total 18 company vehicles. ‘That’s three vans, and 15 cars,’ David chuckles. ‘I worked it out the other day, I’ve driven about two million miles since I started here.’

So, 50 years, and two million miles on, how has the company changed?
‘Altro has gotten increasingly successful, and developed a fabulous range of products. But for me, what’s so great about the company is what hasn’t changed. The family ethos has been the same, ever since I started. Even working on the periphery of the business, in the satellite branches, I’ve always had the overriding idea that the business, Altro, was there for me. It’s more than a job, and I love the people I work with – I’m proud to be part of such a crack team! I wish I had another 50 years to give, I really do.’

With David’s anniversary coming later in the year, we’ve got our fingers crossed that we’ll be able to celebrate his terrific achievement face-to-face. However, in the meantime, Richard Kahn, chief executive of Altro Floors and Walls, had this message for David:
‘It’s such an achievement and commitment to work for any business for 50 years, it doesn’t really happen very often, and we’re so lucky David has chosen to spend his whole career with Altro Floors and Walls. I’m so very grateful for his contribution over those years.

‘David is such a joy to work with, always so cheerful, passionate about his work, a real perfectionist, such a team player and so committed to the company. It’s also been so wonderful to see him transfer his many skills to so many overseas customers, we couldn’t have asked for more. Thank you David, so very much.’