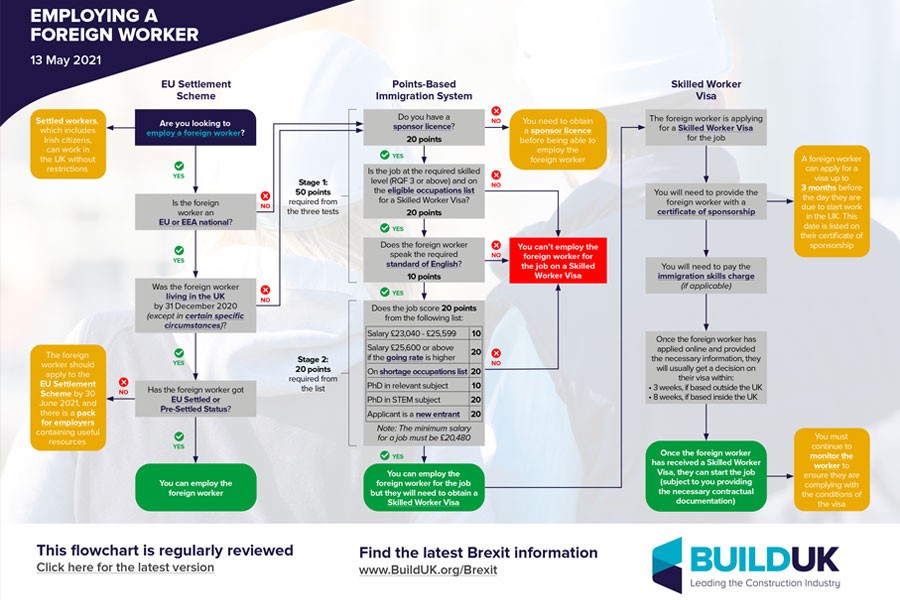 Following several months of lobbying in partnership with Build UK, the CFA has been successful in getting carpet fitters and flooring contractors on to the Skilled Occupation List.

This means that our industry will still be able to attract foreign nationals to work in the UK. Prior to this victory by the CFA, it had been virtually impossible for foreign nationals (whether from the EU or elsewhere) to gain the 20 points towards their visa application, and there was real concern in the industry about a possible skills shortage impacting negatively on the industry recovery during the coming months.

It should be noted that as well as the job being eligible under occupation code 5322 (which includes carpet fitters and flooring contractors), employers taking on overseas workers need to be approved by the Home Office and they also need to pay the employee at least the minimum salary for the type of work they will be doing. This is defined as whichever is the highest out of the following 3 options:

The process by which this change was achieved was the recognition of floorlaying at level 3 on the Regulated Qualifications Framework (RQF). All qualifications regulated by Ofqual are on this framework and the latest development effectively means that the Government recognises floor laying as a skilled occupation. This in turn allows floor laying to appear on the Government skilled occupations list.

If you want to facilitate a prospective employee to gain a visa to work in the UK as a floor layer, there is a handy flow chart from Build UK which leads you through the steps that are required to be taken in order to make this possible.

“There has been considerable concern for some months that our sector will experience a skilled worker shortage, due to an inability to recruit staff from overseas,” says Richard Catt CFA CEO. “I am delighted therefore that CFA lobbying has finally led to Government recognition that floor laying is a skilled occupation, making it easier for companies to manage their labour force requirements going forward. I also want in particular to pay tribute to our colleagues at Build UK, who have worked hard with us on this to achieve a positive result.”