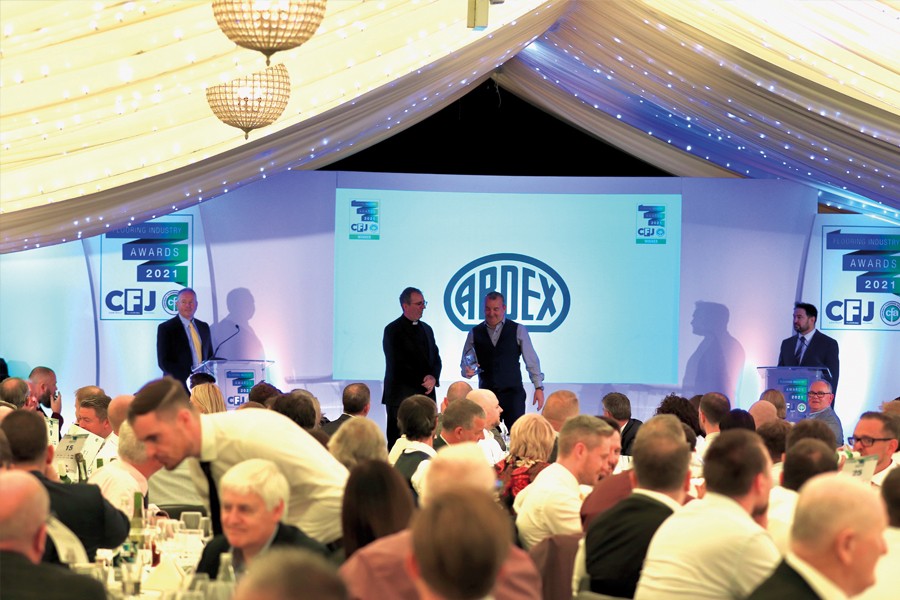 AS entries open for the CFJ/CFA Awards 2022, CFJ is delighted to announce that the latest addition to its independent panel of judges is Graeme Dewar, director at GD Surveyors.

She continues to operate as an FM consultant nationally and is also a non-executive director of a Housing Association in the northeast. She’s an author and an internationally recognised speaker and campaigner against domestic abuse, regularly invited to speak at high profile conferences, in parliament and in the media about the Importance of Employers in the Lives of Employees who may be victims and survivors of domestic abuse.

John Butler, who entered flooring as a carpet-fitter in 1963 and who was trained by Keith Shenton, until recently the oldest active floorlayer in the UK, formed his first company, Butler & Machin, in 1967. Later, he formed Contract Floor Installations which ran until 1995.

Today, he runs John Butler Contracts, which specialises in several areas of flooring including retail areas in airports.

Sponsors are already signing on for the 2022 CFJ/CFA Awards which will be held at Coombe Abbey, Warwickshire, on Friday 9 September. At the time of writing, the following companies had signed on as sponsors: Carpet & Flooring; F Ball & Co; ‘Genesis’; Hanson Plywood; Loughton Contracts; Uzin; and Woca.

Held in the Coombe Abbey marquee in Warwickshire on Friday 3 September, and with guest speaker Rev Richard Coles adding a pinch of celebrity gold dust, the 2021 awards saw joyous reunions among members of the industry, many of whom hadn’t seen each other for more than 18 months.

With 340 guests attending, the event was the biggest yet held by CFJ and the Contract Flooring Association (CFA). Several awards were given out in three different sections: products, installations, and special achievements. All winners were named in the October edition of CFJ.

The overall installation of the year winner saw the laying of 10,500sq m of looselay vinyl into the existing SEC to provide NHS Scotland with acute Covid-19 capacity. Fortunately, the facility was never used for coronavirus patients and is now being used as a major vaccination hub. A team of 14 floorlayers onsite every day, helped complete the equivalent of three months’ work in five days. The fact Polyflor had the volume of material in stock ready to send to Glasgow within four days of first contacting them is testament to the British manufacturer.

After the success of the 2021 awards, John Heath, chief executive of Kick-Start Publishing, which publishes CFJ, said: ‘The success of the awards, and the sheer joy expressed by so many of the guests at seeing their friends in the industry again, has exceeded our wildest expectations. Of course, we were cognisant of the fact that the pandemic isn’t quite over yet, and that that might deter people from coming. But, in the final analysis, it all went okay on the day. We couldn’t be happier.’

Stuart Bourne, managing director of Kick-Start Publishing and CFJ, echoed those sentiments. ‘This is just the start. Now we know there’s an appetite for an annual celebration of this nature, we’ll be pulling out all the stops to ensure we make this event bigger and better every year from now on.’