Confessions of a carpet fitter 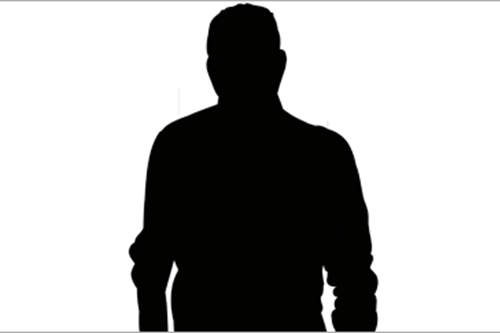 This month, CFJ talks to Brian King about some of the hilarious incidents that haven’t made it into his monthly column.

WHEN his boss emigrated to Canada, Brian King was just 19. It was during the recession and nobody in the flooring business was hiring. So, he decided to start up his own business.

‘I began by offering the whole package, like trimming doors myself instead of calling in a joiner. I had a box full of tools, a circular saw, and a laser tape measure that my mum bought me for Christmas.

‘At my first job, the laser hit a pillar, so when I calculated the required measurements for the carpet, it was a few metres out. I never used that tape measure again!’

At another job, he needed to trim about half-an-inch off the bottom of a door. Out came the trusty circular saw, and the door lost half-an-inch. Brian hung the door and it was still too tight, so down it came to be deprived of another half-inch. On the third try, the penny dropped. Brian had been slicing off the top of the door.

‘It cost me a few bob to replace the door and pay a joiner to hang it properly,’ says Brian. ‘But you learn from your mistakes. I’ve probably made every single mistake going, but I’ve learned from all of them.’

After driving 150 miles home from one job, Brian opened the van only to discover the customer’s cat had made himself comfortable on the carpet off-cuts.

‘I had to drive all the way back to take the cat home. A 300-mile round trip. The customer hadn’t even noticed the cat was missing, and was surprised, and very grateful, when I turned up with the little stowaway. Now, obviously, I check the van before I leave a customer’s premises.’

Brian now operates as Brian King Flooring and is a council member of the NICF (National Institute of Carpet & Floorlayers). The Council is like a governing body, advising on procedures and best practice, and customers are encouraged to hire NICF members because they’re competent.

But sod’s law says if anything can go wrong, it will. Brian and his team fitted carpets in a house one Friday, ready for the people to move in on Monday morning.

Unfortunately, they didn’t notice they’d nicked a waterpipe upstairs, so by the time the people arrived with all their furniture on Monday the entire house was flooded. All the kitchen cupboards and the downstairs flooring had to be replaced, leaving Brian very thankful for his business insurance.

‘We used to work one day a week for Allied Carpets. We got sent to a newbuild and spent all day Friday fitting carpets. When the people moved in on Saturday, they were furious to discover the house was devoid of carpets. It turned out we’d been given the plot number for the house next door.

‘The two houses were mirror images of each other, so we had to take the carpets from the bigger rooms and cut them to fit the smaller rooms and supply new carpets for the big rooms.

‘You have to remember, back then there wasn’t much site security. You just pitched up, opened the front door and got on with the job. These days you have to go the site manager and collect keys, and we can double-check plot numbers if the houses haven’t been allocated numbers.’

Some days turn out to be quite entertaining.

‘We were working all day in one house and the customer asked if we would like some lunch.

He came in carrying a big tray, stepped on a piece of laminate and skated out of control. He ended up on the floor with the tray – and our lunch – on top of him. He did see the funny side of it, and when he stopped laughing he went off and made us some more lunch.’

One customer in her late 50s kept chatting to Brian, mentioning her husband dresses up in cowboy outfits. ‘She brought me a cowboy hat and asked me to try it on. Which I did, for a laugh. Then out came a waistcoat and cowboy boots, but I declined the holster. She said her husband was a lorry driver and is away from home a lot. Then she propositioned me!’

I’m glad to report our very respectable contractor finished the job in record time and hot-footed it out of there.

One of Brian’s mates worked on a building site with a new labourer, just a lad. The boss asked the youngster to take the small dumper truck and fill it up with diesel. He was gone for nearly an hour. Eventually he returned, driving the dumper truck VERY slowly. He’d filled up the front scoop with £300 worth of diesel.

Just another day at the office…