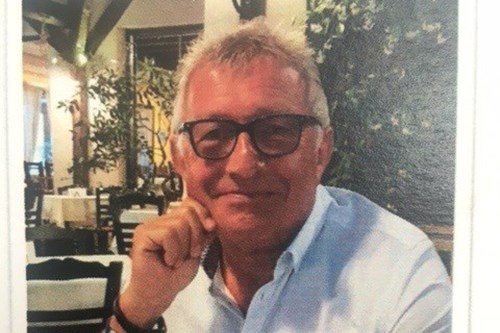 THE death of John Constable of ITC Natural Luxury Flooring on 9 May has saddened the flooring industry. ‘This has come as a great shock to all of us,’ ITC said in a statement. ‘There are no words to express our feelings on hearing this devastating news. Our heartfelt sympathy goes to Monica and John’s family, colleagues, and friends.’

John played a significant role in the success of ITC owing to his creativity, extensive product and industry knowledge, tireless enthusiasm, and dedication to the job. ‘John always had a clear vision on new opportunities, product development, yarn colours and much more,’ continued ITC. ‘This value cannot accurately be described, and we’re absolutely grateful for this.

‘For many people in the carpet industry, including ourselves, John was a very close friend. Over the years numerous visits to the UK and Holland, Domotex in Hannover, and visiting suppliers abroad, many beautiful and unforgettable memories were built. They will be treasured and never forgotten.’

ITC says John was a person who was respected and loved by a large group of people across the carpet industry. ‘The warmth he inspired was a true and rare gift. It was our honour and pleasure to work so closely with him over the years. We are extremely fortunate to have known him personally, and the knowledge he brought to the industry will never fade.’

John Alexander Constable born on 27 May 1949 and left school at 15 when he entered the flooring industry and worked tirelessly for 57 years building his business, establishing strong customer relationships and lifelong friendships with customers, manufacturers, and competitors alike.

According to those who CFJ spoke to, everyone loved John; he was described as an ‘industry legend, a gentleman, honest, kind, caring, generous, loyal, honourable, professional and totally irreplaceable’.

He was also described as mischievous, funny, and fun-loving, and ‘great company both in business and socially’. ‘John loved to joke and some of his jokes were so bad they were actually good. He was also a dancer and could be described as a mover-and-shaker on the dancefloor’.

Everybody seems to have a funny story about John, whether that’s during visits to Brighton (where a flooring show was located in earlier times), Hammersmith, Harrogate or Domotex. There were factory visits to Europe as well as the US and India where he was immortalised as ‘The Spice Dodger’.

CFJ and the flooring industry sends condolences to Monica, John’s wife; his daughters, Claire and Kate; his sons-in-law Mark and Dan; and his grandchildren.

Donations in memory of John to the family’s nominated charities (Mid Kent Mind & Movember) can be made via https://john-alexander-Constable.muchloved.com.