Healthappy – The support system for your business and employees 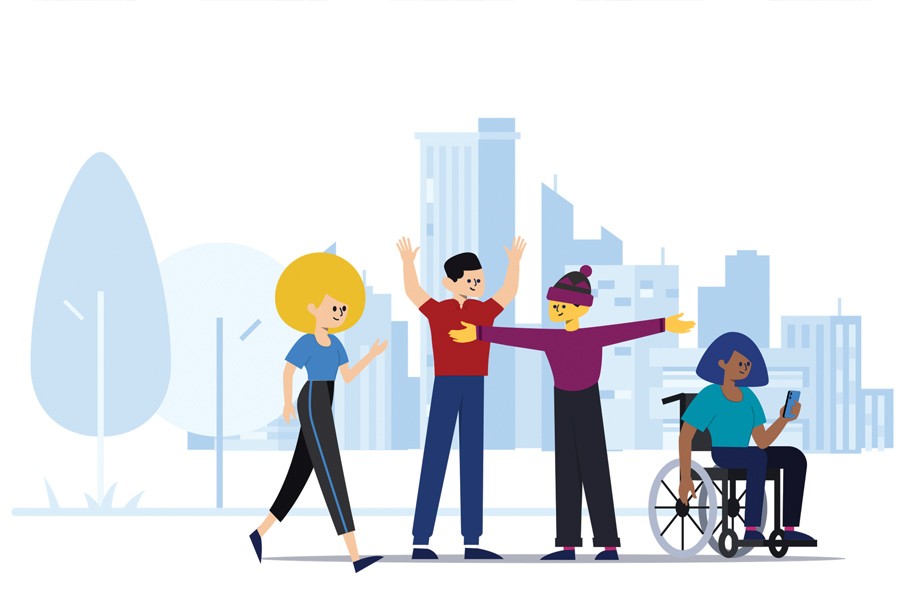 THE mental wellbeing of a workforce is one of the greatest challenges faced by an employer in current times. This is especially prevalent within the construction industry where there has been a great drive for change in what is traditionally one of the toughest and least emotional of all industries with a stigma surrounding the idea of emotional support and openness about mental health. This may be to the fact that the industry is a male dominated one, with a study by Wise in 2018 finding that 89% of employees within the industry were male.

In Great Britain there were nearly 6,000 suicides recorded in 2017, of which 75% were men. Suicide is the largest cause of death for men under-50. The Samaritans (2016) found that suicide often kills more workers than falls from height, with the risk of suicide to skilled finishing trades, such as plasterers, being twice the national average, and some site-based construction workers being three times the national average.

The construction industry is one of extreme stress, with almost every aspect being controlled by financial burdens, set-backs, and time-constraints. It’s not just labourers that may be working long hours to support their family on a low income that are under stress but also includes decision-makers who may have over-heads and staff costs to pay while under pressure of chasing money owed for work and projects.

A report by BESA and ECA found that 90% of construction bosses have suffered from mental health problems as a subsequence of late payments, with the effects of this travelling throughout an entire workforce as this stress is dissipated downwards.

According to the Health and Safety Executive all of this resulted in over 400,000 days of work being lost in 2017-18 as an effect of poor mental health in construction. These stats show the importance of improving the mental wellbeing within the construction industry to help with; the mental state of the workforce, the motivation, and enthusiasm of the workforce and then the cost benefits of reducing the number of days leave taken for mental health reasons.

Making changes of the support systems within the industry will alleviate some stress, positively bringing the workforce closer together and helping to change misconceptions of the industry.

Who is Healthappy?
Happiness is often found in giving back. Giving back activates the area of the brain associated with pleasure, social connection, and trust. At Healthappy, we want to support you to empower your employees to reach their full potential professionally and personally.

Healthappy is unique programme, focussed on improving your workforce’s wellbeing and corporate social responsibility, supporting your employees to be healthier and happier which can be linked to increased productivity.

The main domains which the app is built on are:

How it works
Once a user has been profiled, they will receive tailored content in the form of engagement activities, challenges, and information along with much more. Through engaging with the content within the app users will earn points to complete their monthly goals.

Our vision
The team at Healthappy are passionate about enabling people to be the best version of themselves whilst having a positive impact on the environment. Healthappy have combined these two areas in our unique solution to make workforces in smaller companies healthier and happier. Healthappy has built a platform where employees can gain the support they need to become healthier and happier, whilst supporting environmental impact programmes that demonstrate an organisations commitment to a positive environmental footprint
Healthappy is the catalyst for business and users to partner with and donate towards companies and causes that will help to both better the local community and environment, visibly demonstrating that as a company there is a care and consideration both towards the employees and to making a committed positive environmental impact.
Written By Healthappy Team
customerservice@healthappy.co.uk
www.healthappy.co.uk