Increasing the demand for floorlaying training – let’s start a conversation 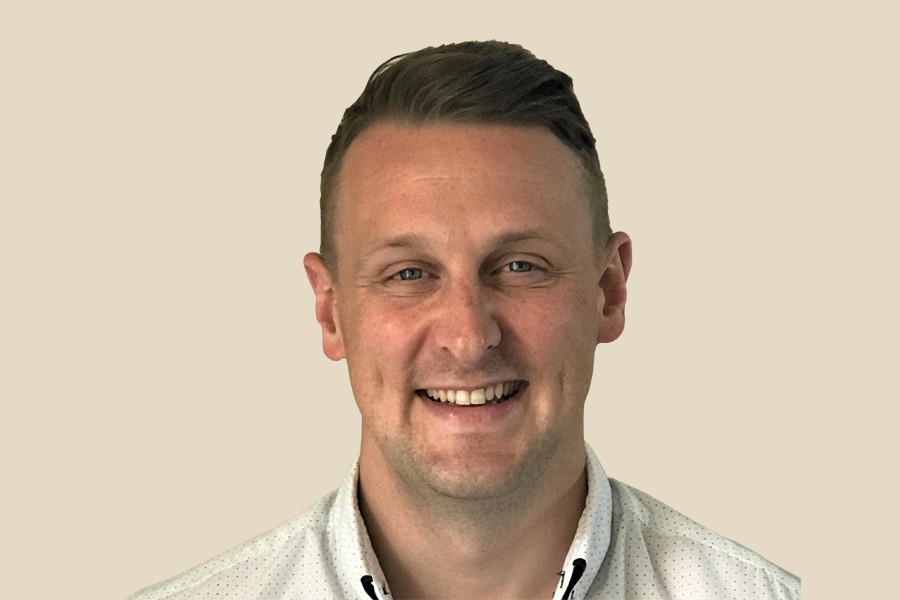 By SHAUN WADSWORTH
Now is the time to starting the conversation in earnest about the labour and skills shortage.

There’s still time to build demand for local delivery the right way if contractors, manufacturers, providers, and trade associations can come together.

YOU may see that there’s a distinct link in articles written by the CFA management team and CFA president this month. With many articles expressing opinion and concern in CFJ recently, we saw an opportunity to write about the skills and labour crisis from three different CFA viewpoints.

Further below, you’ll read Richard Catt’s outline of what the CFA plan is and there’s naturally crossover into my article.

You’ll also read Hamish MacGregor raise skills and labour shortages in his article, focusing on the thoughts and experience of a contractor who’s continually and heavily invested in training over the years.

I focus my article clearly from a training and education standpoint, hopefully highlighting key points CFA have experienced and advised/lobbied on in the past three years, along with conversations I’ve encountered with contractors on a regular basis. It also brings focus on to funding and how to access it instantly.

The education system as a whole in my opinion is unfairly weighted on multiple levels; first the need to try and direct every single student in formal education towards a particular type of future where anything other than university and degree is seen as second class. Second, in circumstances where students don’t have that option and leave the education system to progress along other vocational routes, they’re quite often pushed towards certain trades, particularly in construction – with brickwork, carpentry, P&D, plumbing, plastering, and electrical trades all being a staple of pretty much every construction college across the UK.

Third and finally, there’ve also been developments in the education sector that have seen the introduction of ‘hybrid’ courses such as T-Levels which are a makeup of technical qualification and industry placement that whilst overall are a benefit to construction, focus on areas such as design, surveying, and planning with no route for specialist trades such as floorlaying.

But why does flooring not factor in all of the above? Bluntly put the trade is not ‘big enough’ to the point where it’s classed as a specialist trade. In total CITB analysis and forecasting (Construction Skills Network) estimate that construction will require an additional 217,000 workers to meet demand over the next five years (https://www.citb.co.uk/media/b4fpu2hg/uk_summary.pdf) with the highest recruitment requirement going to wood trades and interior fit-out, electrical, labourers, brickwork, P&D, plumbing, plasterers, etc.

Does anyone see a pattern? It means in most cases any new opportunity for training in the flooring sector must be industry driven and more than likely industry financed. You only have to look at the rise in manufacturers who now offer dedicated training both onsite and/or in factory-based training centres to see that it’s mainly industry driven currently.

Now while the data above reinforces the desire for the construction colleges to deliver set trade qualifications based on demand, they’re also bolstered by easy access funding options mainly owing to the majority of those trades being wholly in-scope to receive CITB grant and most of those trade contractors therefore paying the CITB levy.

As Richard Catt clearly outlines in his article ‘Colleges are now businesses, and they require tangible evidence of demand, a structured and costed business plan’. What more evidence do they need for the trades listed above? They’re an easy sell whichever way they look at it.

So, when addressing the issue of local provision of floorlaying training in the UK and the article in November’s issue of CFJ from an anonymous Yorkshire contractor, while the above does provide background as to its relationship with construction it doesn’t offer a direct solution.

Specialist trades such as floorlaying sit on the very edge of involvement with construction and CITB (only 30% of CFA members, and therefore most likely similar percentage of the wider sector, pay CITB levy) and by default have access to ‘their’ funding and support, to the point where the industry had taken measures into its own hands. The contract flooring industry has an unusual relationship with CITB. Fairly unique in that the type of products that flooring contractors fit are not automatically deemed either in or out of scope. Some products such as timber are in-scope, others such as carpet (all textile) are out of scope.

Resilient flooring is also not deemed to be a construction material. Subfloor preparation is deemed a construction activity and so adds another dimension to deciding whether a flooring contractor should, or should not, pay the CITB levy and can claim grant funding.
All flooring products have been classified as per The Industrial Training Order (1992), and in reality, given that most companies fit a range of flooring types, this means a calculation based on the time spent fitting different materials, has to be carried out. This includes the floorcovering and the subfloor preparation.

If more than 50% of a contractor’s time is spent fitting in-scope materials, the contractor will have to pay the levy (the levy is a legal requirement – a tax by any other name) but can consequently claim additional grant funding (over and above any standard government funding) for training, including the most obvious, apprenticeships.

CITB is confident the current version of The Industrial Training Order (1992) is still adequate and any challenges on whether an activity should be removed/added to the list of in-scope/out of scope activity would have to go through an internal review process relating to the legislation.

CITB deems it near impossible to make changes to specific activity historically defined as in-scope/out of scope. This is particularly true for products (including examples provided in flooring categories) that have been challenged in a court of law and their classification confirmed as correct against The Industrial Training Order (1992).

Within the anonymous article from November, it outlines that the CFA should be supporting initiatives proposed by industry and I agree we should, but I’d also add that is what we’ve been doing all along and quite considerably too.

We’ve also ensured aspects of funding are retained and that there is actually an apprenticeship available to deliver, two things that were very nearly lost without CFA involvement. We saw there was no formal guidance on signposting training opportunities within the UK and therefore began to produce a training guide not just for members but for the whole industry.

It’s constantly updated and forms a staple part of any conversation I have with members regarding training, funding, and qualification.

Richard Catt also highlights current resources for recruitment in his article which include signposting for what’s involved in the flooring trade, where applicants can find vacancies, free advertisement of positions for employers, and finally different resources for recruitment depending on whether an employer is looking for apprentices or construction-based workers looking at new trades.

In his editorial regarding the above David Strydom asks, ‘Who will pay?’ There’s already clear funding for apprenticeships, paid directly to providers with a minimal contribution of between 0-5% depending on the size of the business. There are additional government grants available and CITB levy payers have access to achievement grants for apprenticeship as well as access to additional fund for skills and training. All of which can be viewed by looking at the Training Guide.

I feel the first aspect should be building demand, not conversations from contractor to contractor but nationally and as Richard and I allude to, industry needs to drive this with more people and more funding coming to the table.

Naturally the CFA which has previously been tasked by industry to incite change and have constantly succeeded would help drive as the industry dictates. So, in that respect I thank the likes of Carl Harper, John Brown, Hamish MacGregor, Darren Kenyon, and the anonymous Yorkshire contractor for bringing this conversation to the pages of CFJ.

If correct demand is built regionally and nationally, that allows contractor, manufacturer, and provider groups to come together and discuss opportunities to develop new training initiatives within areas that need it most.

If demand is built, funding will follow whether that be additional government funding or industry-led funding, our industry is not a stranger to self-funding training, you only have to look at what is already there, multiple manufacturer training centres, not-for-profit training such as FITA and training providers. There are great examples of this working already, in Scotland there was great demand to offer formal training courses rather than travelling to parts of England.

As a result of demand Forbo Flooring UK, CFA Scottish committee, and FITA developed a training centre in Kirkcaldy to tackle this with great steps being taken up until the pandemic. CFA has also been involved in conversations and development of additional training in the northeast, Wales, and the southwest, all built initially on demand.

What I feel isn’t logical, is to just assume local provision of floorlayer training is easy to do and can be established in numerous locations without demand. This isn’t ‘Field of Dreams – if you build it, they’ll come’. There needs to be sufficient demand from a range of contractors willing to not just back the concept of localised delivery but to continue to support it year-on-year.

When the CFA developed its apprenticeship cohorts for the East Midlands at its training arm FITA, that’s how it was achieved. It took months of conversations, identifying the right training provider, speaking to employers, and establishing interest. Even then with a training centre already fully equipped and ready to go, it was hard work but has since gone from strength-to-strength.

So, let’s continue this conversation started on the pages of CFJ and build demand for local delivery the right way with contractors, manufacturers, providers, and trade associations coming together in 2022 to offer as much opportunity as possible to increase the skills and labour shortage in the flooring industry.