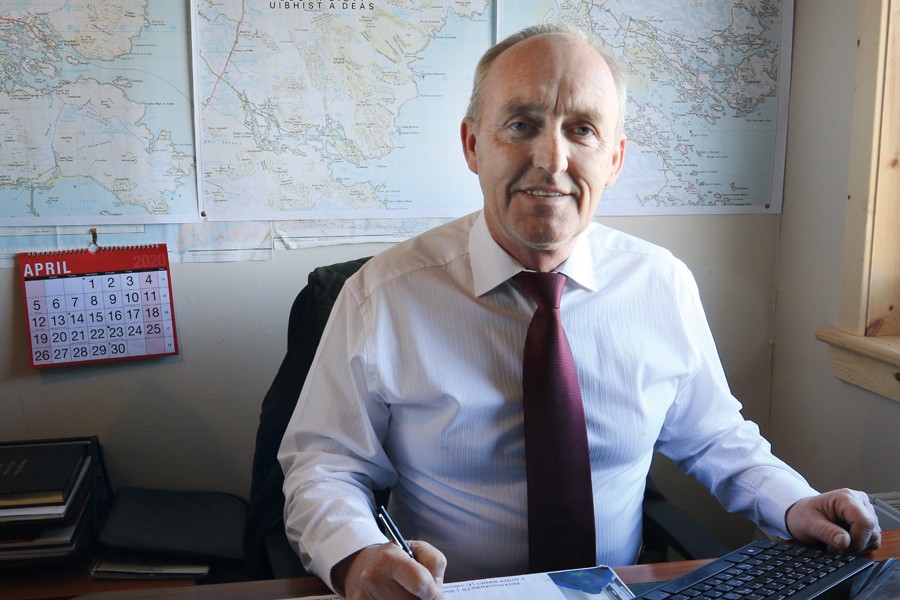 RORY MacGillivray, founder of MacGillivray Floors & Furnishings, has had some great experiences, he’s also had dreadful ones too. One, in particular, led to a termination of an otherwise blossoming relationship.

It appears one company, which shall remain unnamed, has really managed to irritate Rory beyond belief. And as he tells, ‘it still grinds on me the way we were treated, and I feel we should’ve been dealt with much better’.

Rory tells his side of the story.

‘Our business was steadily growing. Reps of competing suppliers’ eyes lit up when we told them the business we were doing and they tried every way to get onto our shopfloor, but we were loyal to one flooring company.’

The company allegedly advised Rory to invest in stands to become recognised showrooms in his two shops. After much deliberation, he committed and made the investment.

Claims Rory: ‘It worked on a rebate system that would recover the outlay over a short time because of our growth. We quickly built this rebate fund up to just over £3,000 which we could have withdrawn at any time, we were told.

‘We went to a trade show, as usual, visited this company and were pitched they’d done us this incredible favour and changed our pounds to points. We could now use our points to purchase from a catalogue of listed products. Considering we were a department retail outlet, we could already buy these items or most of them at trade price anyway.’

It still grates on Rory that he claims he was told he’d been forewarned of the change but had gone past the deadline to withdraw his money. But MacGillivray says he never received notification. ‘Needless to say,’ he alleges, ‘this argument went on for a few years, for this company to then drop this points scheme and give us news our points had been returned to pounds giving us a £300 fund – 10% of its original value.’

The net effect of this situation is that is appears the company allegedly shot itself in the foot in that, as Rory alleges: ‘We no longer have their stands, samples etc and use them only as a backup account to other more loyal companies. Since this happened the company has lost considerably more through us changing to other suppliers. If the company wishes to contact me on this, it still has our details.’

There are other things on Rory’s mind, too: the current climate for supplies. It’s logical to end with Rory’s views on how coronavirus and Brexit are affecting his supplies. And one word sums up his thoughts – ‘nightmare.’

But in saying that, he’s well aware his suppliers ‘are doing their best to do what they can’. From his standpoint, and no doubt others in the trade too, coronavirus has disrupted the whole supply chain: ‘Some of our suppliers have told us they’re not taking any new business accounts at present as they are struggling to service existing accounts. It’s at times like this we believe our standing with our suppliers helps.’

As for Brexit, Rory thinks the jury’s out on the effect that it will have. ‘Personally,’ he says, ‘I fear it’s going to be a real mess. I cannot see how throwing Brexit into what is already an extremely difficult situation is going to do anything but add considerable difficulties.’

As for the medium- to long-term impact of Brexit, Rory is very unsure: ‘I genuinely don’t know if it will be for the better or worse. In most situations, any significant change to business whether it be supply chain, processes, or whatever, initially creates a drop in production and sales before the new structure begins to show itself. That’s fine when you have a fair idea change is for the better, it’s been calculated as best it could be. The question here is – will be for the better? It’s the unknown.’

The nub of the matter for Rory is he thinks no one really has a clue as to the future direction of business. He asks, ‘Who do you believe? Does anyone actually know? One thing for certain, a no-deal Brexit will not make the transition smoother.’

Ultimately, though, nothing will derail Rory from his chosen course and direction: ‘We won’t change how we do business; the same basic principles of how we work with our customers will apply and we will expect same from our suppliers.’

NEXT MONTH: Rory MacGillivray talks in-depth about the effect of coronavirus on the flooring sector