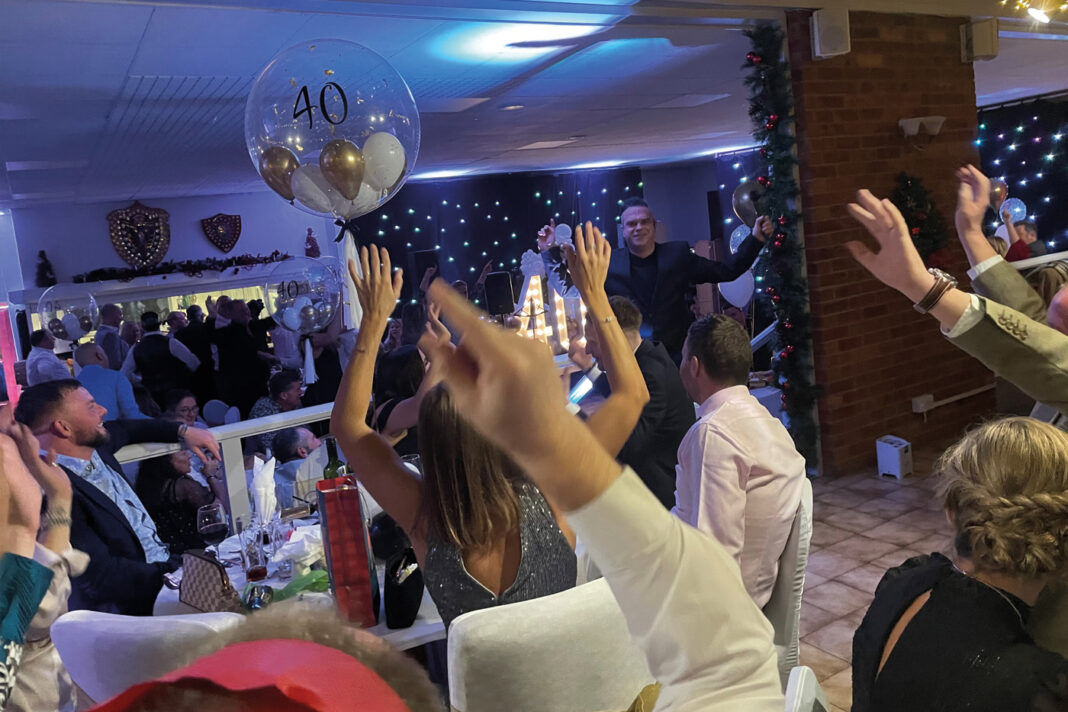 AT a glittering event at the Cosby Golf Club in Leicester, Westcotes Flooring Company celebrated its 40th birthday in style in December last year.

Westcotes Flooring Company was established in 1981 and operates on a nationwide basis, having a dedicated offices in both Leicestershire and London. The company specialises in delivering projects throughout the country ‘to the highest standard with our pro-active ‘can-do’ approach and our client driven focus on both service and quality’. It also prides itself on supplying and installing resilient and soft flooring, hygienic wall cladding and raised access flooring, including subfloor preparation across many varying sectors.

To celebrate its birthday, Westcotes put on a three-course dinner for its guests which was followed by JK as Robbie – Let me Entertain You, a Robbie Williams tribute act, and a disco for guests.

Also in attendance were Westcotes’ valued staff from its Leicester and London offices.