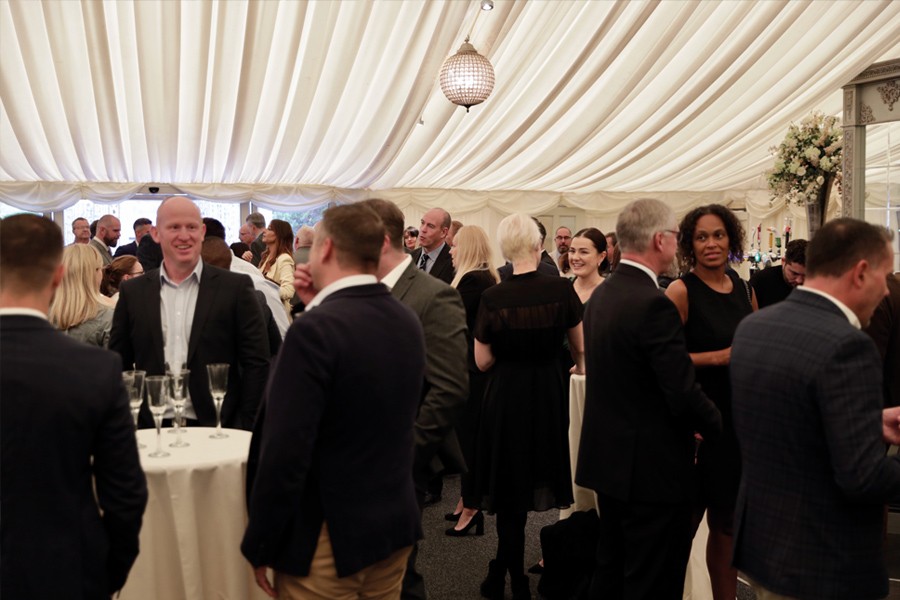 THE CFJ/CFA Awards 2022, which will be at held at Coombe Abbey in Warwickshire on Friday 9 September, has signed up its 11th sponsor at the time of going to print, with three more due to confirm soon.

‘The overwhelming desire of flooring companies to sponsor the awards is a mark of how valuable they regard the event,’ says Stuart Bourne, managing director of Kick-Start Publishing. ‘We’re thrilled to have these companies onboard – their involvement is further evidence, if any was needed, that this is the industry’s definitive awards event.’

Meanwhile, entries have now officially opened for next year’s awards, with a new system in place for entrants. This year, instead of the traditional paper-based entries, entrants will be able to process their installations on Survey Monkey. Required questions will be clearly marked as such, meaning companies will have a better idea of what the judges look for during the judging process.

Another new development this year is that the Sustainability Initiative Award will be drawn from sustainability credentials provided by each entrant. When entering, companies will be given the option to enter themselves into the award, and their sustainability initiatives will be accordingly evaluated by the judges.

In other developments, CFJ is delighted to announce that the latest addition to its independent panel of judges is Graeme Dewar, director at GD Surveyors.

She continues to operate as an FM consultant nationally and is also a non-executive director of a housing association in the northeast. She’s an author and an internationally recognised speaker and campaigner against domestic abuse, regularly invited to speak at high profile conferences, in parliament and in the media about the Importance of Employers in the Lives of Employees who may be victims and survivors of domestic abuse.

John Butler, who entered flooring as a carpet-fitter in 1963 and who was trained by Keith Shenton, until recently the oldest active floorlayer in the UK, formed his first company, Butler & Machin, in 1967. Later, he formed Contract Floor Installations which ran until 1995.

Today, he runs John Butler Contracts, which specialises in several areas of flooring including retail areas in airports.

Richard Renouf is an independent consultant and a consultant member of the CFA, a member of the UK Register of Expert Witnesses and a provisional member of the Expert Witness Institute. He’s also worked as an independent expert witness for furnishings complaints for more than 27 years, writing reports and giving evidence in court claims. He’s also a community first responder, attending 999 calls to save lives in his community – so he knows how to deal with matters of life and death.
www.contractflooringjournal.co.uk