The dangers of going cheap 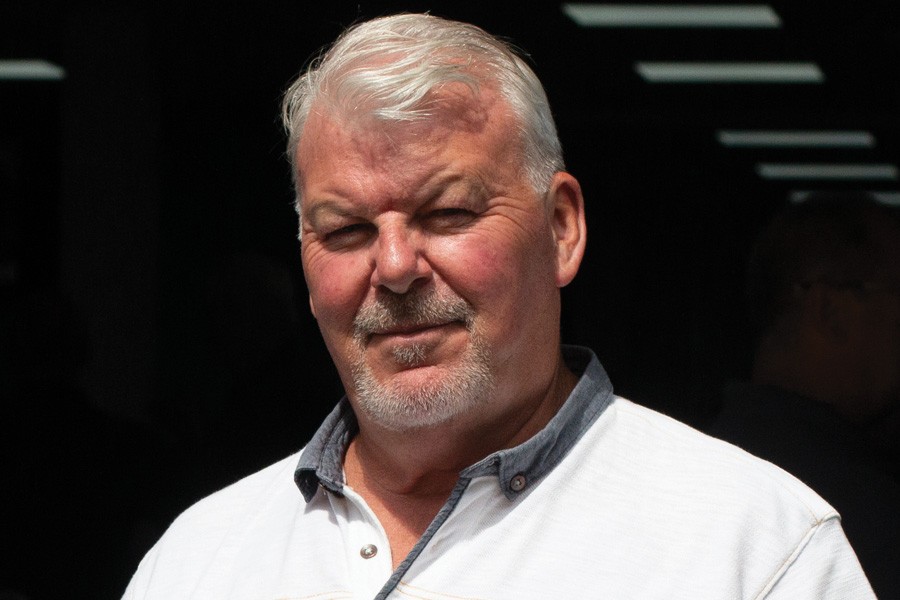 Sid Bourne was incredulous when, while attending a complaint, the consumer told him she chose a contractor by getting as many quotes as she could, then selecting the cheapest – as seen on TV.

ONE of my worst-ever complaints was when I was called out to view a herringbone installation in a school. I was told by the school and contractor that they weren’t happy with the flooring or the way it had been installed, particularly as the contractor had apparently said the school was being too fussy.

On arrival I was shown the herringbone floor by the caretaker who pointed out he’d never seen a floor like it. The caretaker said the contractor had arrived on the first day of installation, leaving two young lads to finish the floor. He reappeared on the second day but again left the lads onsite. As I was working on behalf of both parties, I decided the professional option was to keep my thoughts to myself. But I was thinking, ‘I’ve seen straighter bananas than this floor.’

I measured the herringbone: over 15 metres it ran out by more than 600cm from one end to the other. Worse was to follow. On measuring I looked at the floor and saw something I’ve never seen before – bits of oak blocks cut down to fit gaps of up to 80mm and some at 50mm, all within the centre of the floor with scatterings of blocks cut into the field in random areas elsewhere.

The contractor – who was more than one hour late for the meeting – eventually arrived with a young lad. I took him aside and asked him to explain exactly how they’d installed the floor. He said he’d left the lads to do the job, but that they were very experienced. However, when I asked him how old he was, he replied: ‘I turn 18 in 10 months,’ which revealed he was 17 when he installed the floor.

I asked the lad whether he’d installed herringbone before, or whether he’d even been trained in installing such a large area. The answer to both questions was ‘no’. I felt sorry for him and didn’t want it to appear I was picking on him. His boss said it was only a gym floor, so what did the school expect? He was annoyed the school hadn’t paid him and accused them of being too fussy. I looked at him, not believing what I was hearing and – worse – what I was seeing.

The installation by both lads started somewhere in the middle and somehow they then started to work towards each other from opposite sides of the room. It ended up all over the place. When they realised the herringbone design wasn’t going to meet, they cut blocks to fit the large gaps that resulted.

The lad said he’d told his boss he didn’t want to be left on the job, as he hadn’t done woodblock flooring. He admitted he never knew where to start or how to mark out for the herringbone. It’s unfortunate I’m not allowed by the school to show photos of the installation as I can assure you, you’ll never have seen anything like this in your life. The cause was obvious and in my opinion, had nothing to do with the lads but rather with their boss, the most arrogant man I’ve met. If it was in my power, I’d ensure he never worked again.

In addition to the installation issues, the floor had afterwards been sanded by the contractor. The main issue here was that the kids’ socks were sticking to the floor and even being pulled off owing to the abrasive nature of the finish.

I asked the contractor how he’d sanded the floor, he said: ‘Like I always do.’ I asked him to give me an idea of what that entailed, and he responded: ‘I start with rough paper and finish with fine.’ He didn’t know what grit sequence he used, and admitted to not following any sequence. I nearly fainted with shock. I compared the finish to a cactus, to which he said the school was just being fussy.

I finished my inspection of the floor, pondering whether this was really the type of person installing wood floors today. I’ve never come across such bad workmanship and attitude. I felt for the lads, as they will eventually become clones of this man. As I left the school, the contractor asked me to ensure I noted in my report that the school was making a fuss about nothing because he wanted to be paid.

Needless to say the report was sent to both parties with the contractor then phoning to offer to work on my personal parts. I thanked him and wished him the best in life. Several months after this case, I received an enquiry from a consumer asking me to carry out a report on poor sanding of their wood flooring.

Not long after arriving at the site, my best mate walked in. On seeing me, he performed a nifty U-turn and sped off. The consumer was shocked at this, but I was disappointed I wouldn’t be able to show the contractor the mess he’d made of the floor. Unfortunately, the consumer had paid upfront for the job.

The consumer phoned him to ask why he’d run off but the call went unanswered. Needless to say, the floor was a mess. To make things worse, the contractor had applied a lacquer which attracted dirt particles as large as 3mm. Even a paperclip had managed to find its way into the mix. I asked the consumer how much she’d paid for the 50m2 he’d sanded. The answer? £300, which works out to £6 per metre. What on Earth was the consumer expecting? And to add insult to injury, she ended up paying me more for the inspection that she’d been charged for the original job. You couldn’t make it up!

The contractor wasn’t paid by the school in the end, but the consumer wasn’t so fortunate as she couldn’t track him down. She had the floor sanded again by a quality sand and finish contractor and is happy with the results. Nonetheless, she was badly bitten in the process.

The reason she originally chose the contractor, she told me, was because she’d watched a programme which encouraged consumers to get as many quotes from as many different contractors before selecting the cheapest.

These programmes should be banned if they’re unable to point out that you should get a qualified contractor belonging to a flooring association, or one which has been recommended for its quality of workmanship rather than price.
07841 500940
www.sid-bourne.co.uk