Jo Caulfield set to floor the industry with laughs 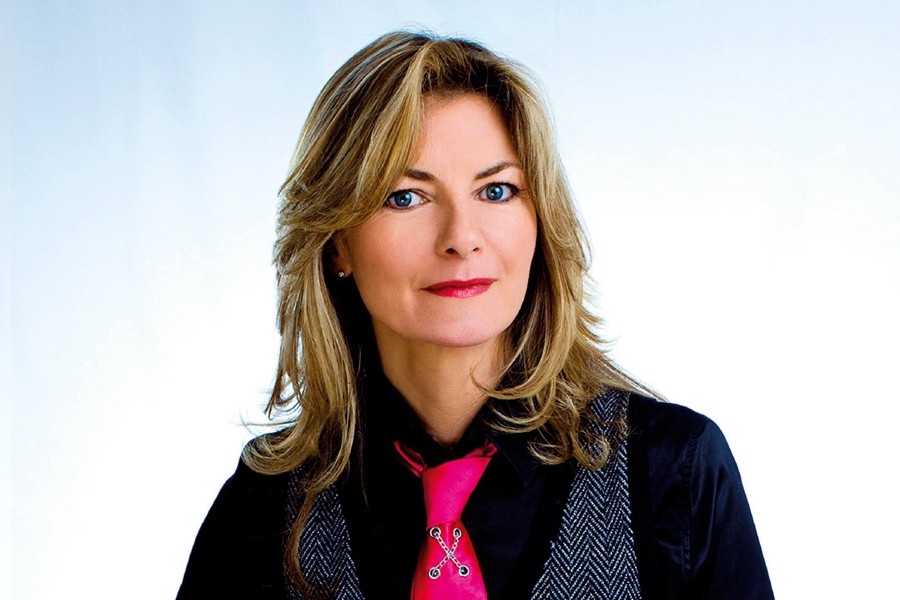 Nationally acclaimed comedian, Jo Caulfield, has been announced as the headline speaker at the CFJ/CFA Awards to be held at Coombe Abbey, Warwickshire, on Friday 9 September.

Jo, born in Wales to Irish parents, grew up in England and recently moved to live in Scotland. She is a comedian, writer, and actress.

She grew up as an Air Force child moving as and when the family was posted from one RAF camp to another. ‘Nowhere glamorous, mostly Norfolk’.

Jo had unconventional career path. At 17 she moved to London and played drums in several rockabilly bands all of which were ‘going nowhere fast’. Jo fell in love with stand up comedy at her very first gig. She saved her tips from waitressing and opened her own comedy club in order to work on her comedy, learn her craft.

As well as being a comedian Jo also worked for many years as a writer for Graham Norton, who said of her ‘I never knew I could like a woman so much.’

Jo has written and starred in several series of her own comedy shows on Radio 4 Including ‘It’s That JO Caulfield Again’, ‘Jo Caulfield Won’t Shut Up’ and ‘Jo Caulfield’s Speakeasy’.

In 2021 she received the Comics Comic Award voted on by comedians and the comedy industry.

A familiar face in UK as well as international comedy clubs, she’s completed several nationwide tours, and has also supported Graham Norton and Rory Bremner. Her Edinburgh Festival Shows regularly sell out as she is a favourite with Festival audiences.

Jo is also in great demand as an awards host and after dinner speaker at corporate events.

Her TV appearances include Never Mind the Buzzcocks, Mock the Week, The Stand-up Show, The Comedy Store, The World Stands Up, Have I Got News for You, Argumental, The Politics Show, Michael McIntyre’s Comedy Roadshow, The John Bishop Show, The Royal Variety Performance 2020, Celebrity Mastermind, and Richard Osman’s House of Games.