Water, water everywhere – but not a sec to think! 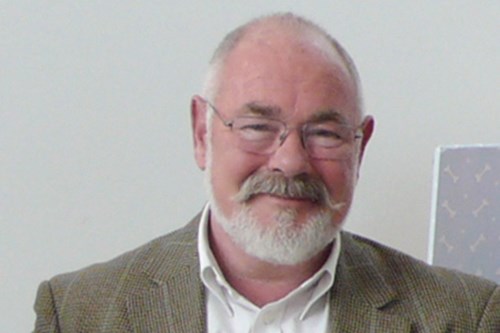 Water is utterly essential in many construction processes and products, says Neal. That is, until setting/curing has taken place, and then you want rid of it – ideally by yesterday.

WATER, wonderful stuff, y’just can’t live without it, and need it in quantity.

If in doubt, ask those people living in desert areas who haven’t got any.

Drink it, wash in it, swim in it, grow fish in it, and cleverly, also make beer, wine, and spirits out of it.

Water is also utterly essential in many construction processes and products. That is, until setting/curing has taken place, and then you want rid of it, ideally by yesterday. But regrettably this isn’t so easily achieved.

All the concrete and cementitious screed lads will gleefully tell you of other company’s total tragedies (never theirs) caused by over-exuberant forced drying.

This is usually accompanied with a tradesperson’s proper tooth sucking intake of breath through pursed lips, and sad shake of the head. I have it on good authority via a contact at BBA, that until very recently the average house required some 5,000kg of water to build it.

Five tonnes would seem a staggering amount, but that’s only 5 M3, or 5 of those sand/gravel tote bags decorating almost every building site. Sigh… Yes Rodney, I know those bags leak like a sieve, it was just to get the idea across.

So when you think about it, that’s all the water in concrete, mortar, screeds, plaster, paints, never mind the builder merchant’s timber. This often has a moisture content to suggest the timber was floated over from Sweden in vast Viking rafts – and slowly. So maybe 5,000kg of water isn’t such a surprise after all.

However you can’t get rid of it ALL, with bound in, chemically attached moisture, and the naturally ambient humidity of this Fair Isle getting in the way.

This water/moisture is the particular bane of the flooring industry and the root cause of countless failures. You have to KNOW the levels are sufficiently low to count as being ‘dry’.

As we’re all aware, for this argument the magic number for moisture content is 75% Relative Humidity = RH (now a bit less for solid wood flooring). Not only is this moisture content mandated via British Standards, but is stipulated by all the relevant product manufacturers, for most adhesives, underlayments, lino, vinyl, wood, carpet etc. This is painting with a very broad brush indeed.

But if it’s not low enough, you have to wait, or treat the surface. But more about that in a future column.

Yup, you’ve got it. Time for a chat with Freddie the flooring contractor, looking dolefully at his latest project for Mrs Throgmorton-Miggins of W1.

‘No,’ says Freddie, ‘it’s not very attractive now, being all cupped, bowed, twisted and sprung, with splits, shakes and splinters.’

I’ve seen piles of firewood that were straighter, flatter and smoother, as indeed is the only future for this flooring now.

Here, Dear Reader, the conversation can go down one of two, very interesting, but equally mind-boggling tracks…

‘So, what were the moisture readings before you started installing? It’s a new screed after all!’

At this point Freddie mumbles with his eyes downcast, and the toe of his boot making little circles in the floor dust. ‘Ah… well, it looked dry.’

‘Don’t you think it would have been a good idea to have moisture checked the screed first Freddie?’

You could have heard a feather drop.

‘So no moisture meter, huh Freddie?’

‘Well, they’re bloody expensive for a decent one.’

Quite right, and as I well know. In my daily kit I have a Protimeter MMS2, a Wolff 200 and two Tramex meters, a CMEX II and a MRH III. I’m VERY aware how expensive they can be. By now my eyes were spinning like a pub fruit machine, totting up the likely remedial bill.

The other track is even more interesting.

Indeed. I’ve never heard such a fitting case of: ‘For want of a nail the battle was lost’.

You chaps who know me, know I’m just a shade follicly challenged up top. I just can’t afford to pull out any more hair.

Mr Hieronymous Heep-Queeg, the client’s slimy hovering solicitor, will pounce with a killer gleam in his eye, delighted by the fact that you can’t prove you tested for moisture. Worse yet, he’ll triumphantly point out this ghastly omission in graveyard tones, to the chap up front wearing the curly wig.

Mr Heep-Queeg is a most devious creature to be avoided at all costs. In previous centuries he would’ve been Witch Finder General, or the bloke getting the torture irons red-hot; his mum would’ve been the cackling figure furiously knitting next to the gallows or guillotine.

As with using a sledgehammer to knock in finishing brads, you really do need the right tool for the job. And in my not-so-humble opinion, a decent moisture meter (with a live battery) is an essential piece of a professional floor installer’s kit.

Many moisture meters will give you the time and date, and a few clicks of the readings with your smartphone camera certainly will. Then you have EVIDENCE (and keep it safe), to flummox Mr Heep- Queeg.

I believe a moisture meter is more essential than a fitters range of trowels, floats, scrapers, knives, clever saws, and trimmers etc. Because until the moisture meter indicates ‘Yes’, all that other tackle is completely pointless.
www.flooringforensics.co.uk