Why kicking the can down the road just doesn’t wash 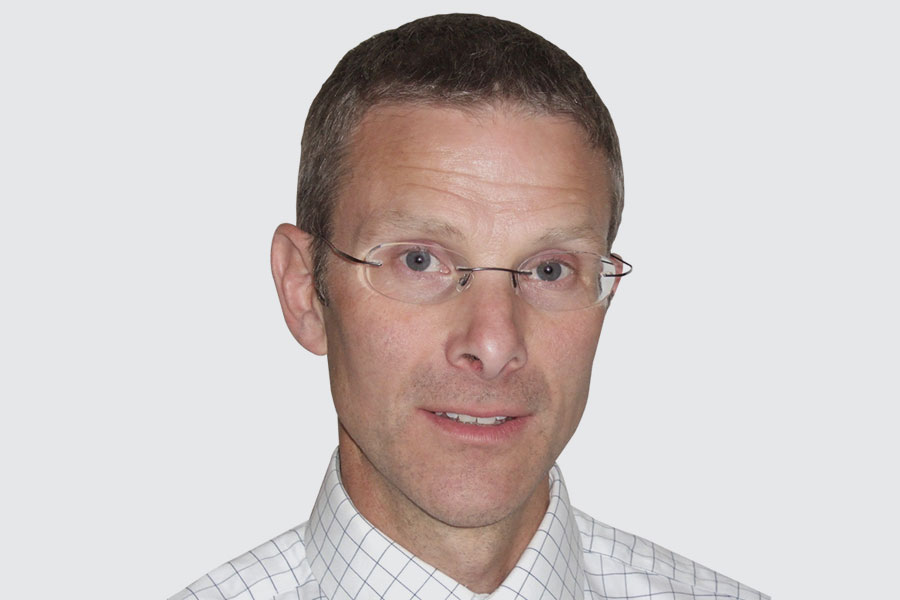 Richard Aylen looks at why kicking the can down the road on the environment, and the strategy of delighting your customers with very little, isn’t particularly wise.

AS many of you will know I’ve written before about our industry and the demands on us all to reduce environmental damage and global warming, or ‘global heating’ as some of our national newspapers are now calling it. I want to revisit this subject because greenwashing is undoubtedly an emerging element in the strategies being used by some of the large global companies in our industry.

To clarify the issue, what I’m referring to here is a definition of greenwashing from the Cambridge English Dictionary: ‘Behaviour or activities that make people believe that a company is doing more to protect the environment than it really is’: I want to talk about the types of greenwashing I’ve seen and how companies are using it to enhance their image.

The problem (or the opportunity, if you’re a determined greenwasher) is that there’s no single empirical way of defining which products make the best choices for reducing global warming. Environmental Product Declarations (EPDs) are probably the best tool we have at the moment. However, the data they contain is complex and it takes specialist knowledge to interpret them in a detailed way, and to compare one product with another.

EPDs are a respected measure of embodied carbon in building materials but their complexity and openness to interpretation makes it easier for companies to be selective about the focus of their environmental message.

I believe this could be overcome, at least in part if we had a simple rating system for the different elements contained in EPDs. We’ve all seen the energy rating system currently used for electrical appliances where a fridge or cooker will be rated A+, A, B, C, etc, and while this is too simplistic for direct use in EPDs something along similar lines would make EPDs far more useful to the average designer or client.

One area in particular where I think people will place their own values on the EPD data is in respect of carbon offsetting which is shown as a positive attribute in an EPD. On one hand you may think using carbon offsetting puts the manufacturer among the environmental elite. But if like the Royal Institution of British Architects (RIBA) you think that this isn’t a sustainable practice and simply allows non-sustainable companies to continue their practices by writing an ‘environmental cheque’ then you’ll look very differently at what a manufacturer’s EPD contains.

A similar situation exists with recycled materials. Again, an EPD gives credit for using these, but using recycled plastic is currently a one-off opportunity because you cannot recycle recycled plastic – so for the second time around you will have to incinerate it or take it to landfill. Other materials such as glass and metal can be recycled indefinitely so you could say this is a fully sustainable practice.

Also, if a material can be recycled you’ll want to know whether or not a scheme actually exists to make that happen. Theory must match practice. Clients and designer’s views on the definition of sustainable recycling can vary tremendously so again, users of an EPD may prioritise parts of the EPD according to their own personal views or company policies.
These points show, I believe the environmental data we’re presented with isn’t always universally accepted in the same way and this opens the door for companies who’ll try to sway the argument to make their own credentials look better than they really are.

So how tough should we be on companies that use materials and processes that significantly increase global warming?
Of course, this isn’t a straightforward question by any means. We’re all influenced by ethics and personal principles. But our attitudes are also affected by how essential the environmental-damaging activity is to our own lives and to others. Someone who travels rarely by air may advocate a tougher approach to airlines and airport expansion projects than someone who operates an airline or needs to fly regularly to run their business and keep staff employed.

Many if not most of the floor manufacturing companies who operate in the UK came into being long before concerns about global warming reached the crisis point we are at today. Depending on the processes and materials they use some of these companies will have gone from being perfectly respectable organisations to ‘the bad guy’ within a relatively short space of time – a victim of circumstance to some extent.

There’ll of course be companies who have simply ignored climate scientists’ concerns and made no effort to improve what they do – a strategy that may be their undoing as the momentum for global change increases.

However, some responsible companies will simply find change impossible in the short term because readily available alternatives for their environmentally damaging raw materials and processes simply do not exist yet. One of the best examples in our industry is the use of plastics which are of course derived from crude oil. These are the staple component in vinyl and polyurethane flooring, LVT, carpets, and carpet tiles. Theoretically plastics can be made from plants; bioplastics, but this technology has simply not been developed sufficiently for it to be adopted by high volume manufacturers. Ethical companies with an eye on the future will be doing what they can and working with suppliers and scientists to develop improved technologies.

‘Doing what they can’ may include switching to renewable energy suppliers, using carbon offsetting, using recycled materials, creating buy-back, and recycling schemes and it’s only right that credit is given for this. This information must be presented in a clear and unambiguous way and if this is done properly clients and designers can make informed choices.

So, what do I mean by: ‘Kicking the can down the road on the environment’… and who is doing it?
The point at which things begin to go wrong is when a company has only a few genuine carbon-reducing achievements to talk about and they respond by putting significantly more resources into marketing and PR activities than they do into carbon footprint reduction measures. At least that’s how it appears to an outsider.

Perhaps we could see this as misguided form of ‘carbon offsetting’, albeit a highly ineffective one for the planet, where the company spends additional money on its own marketing activities instead of using it for tree planting or for developing carbon reduction measures.

As a result of competitive pressures, a greenwashing company aims to create the impression, not just that they are leaders of the environmental debate, but that they actually own it. They create a wealth of new brand names, slogans, campaigns and reports, and re-visit established general wisdom on global warming to make it appear their own.

The aim is to persuade us that by talking about ‘green’ bioplastics for example, we believe the company is actually using them. The message is driven home by the sheer volume of material they produce and reinforced with interviews with scientists and academics. We become convinced that because they have a lot to say and it’s well presented, they must know what they are talking about. Reading more deeply can reveal that the ideas and opportunities being discussed do not fully reflect what the company is actually doing. H

owever, there’s unfortunately some evidence that a ‘smoke-and- mirrors overload’ strategy can work.

I want to share with you two recent examples that are among some of the claims for environmental achievement in our industry.

The first was where the company had built an ornamental fountain at their factory site that used water recycled from the production processes. The other was where the company’s product designers were taken ‘out into nature’, which I believe means a forest or some similar landscape, so they could be inspired by the colours and textures they saw and use them to design their new range of flooring products.

This is all fine if it is used as a means of improving staff working environment and inspiring designers to creativity, but it wasn’t put across that way. The theory underpinning all this was that by encouraging staff to think about the environment this would somehow directly reduce the company’s impact on global warming, which is at best a wafer-thin claim.

They are not actually breaking any rules. The Competition and Markets Authority (CMA) an agency of UK government provides guidelines for companies who make environmental claims, and these are expected to be included in their forthcoming regulations for sustainable marketing. Here’s what they say:

I don’t think blatant rule breaking is a major issue in the examples I have seen. But when customers become aware of greenwashing strategies their reaction may reflect what many of us feel about news headlines about global corporations who pay negligible amounts of tax because they know how to use the rules to best advantage.

No outright rule breaking, but we get a sense of injustice and know it doesn’t benefit the community as a whole. The more serious side to this, as far as the environment is concerned is that specifiers and clients may be distracted into making bad product choices.

If the scientific community’s predictions are correct, we have very little time left to prevent global warming causing catastrophic events around the globe. Having seen the environmental strategies being employed by a few of the manufacturers in our industry you have to ask if they’re really taking the matter seriously, as in the worst cases there appears to be a supreme effort to maintain customer’s confidence while changing their products and materials as little as possible.

But if you’re wholly dependent on materials like crude oil and plastics with no viable alternative on the horizon, maybe you could ask; what choice have you got?
www.junckers.co.uk