How COP 26 takes us forward 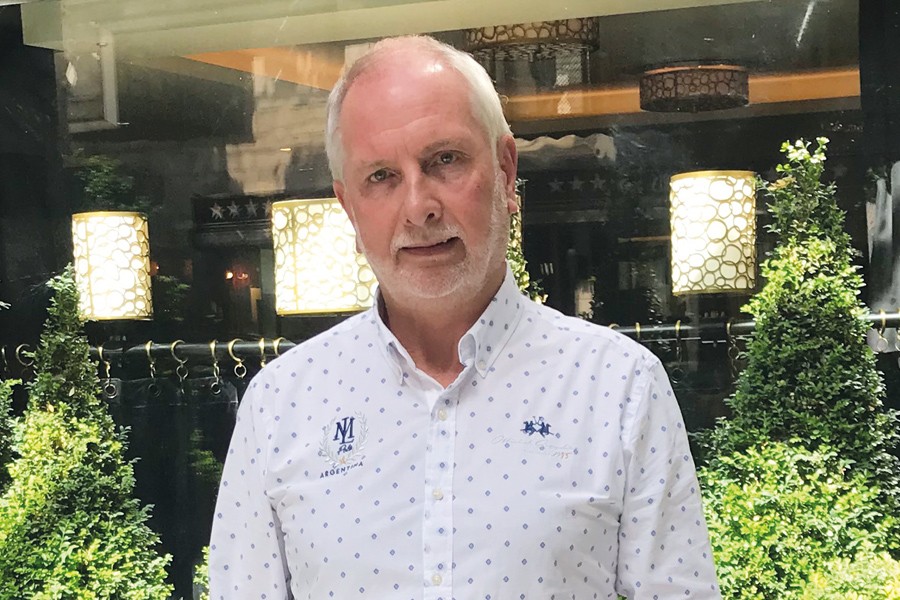 To accelerate progress on sustainability more flooring firms need to sign up to initiatives such as the SME climate hub and develop a plan to reduce emissions, reduce waste and increase recycling activities, says Hamish MacGregor.

I CONSIDER myself very fortunate to have been able to attend part of Cop26 in Glasgow back in November last year. I was invited to attend the built environment event by the Department for Business, Energy and Industrial Strategy (BEIS), as I’m chair of Build Scotland which is part of Build UK. I attended with John McKinney, secretary of Build Scotland and was also able to represent the CFA.

I know there’s been a lot of comment in the media about how successful Cop26 really was, whether it managed to shake off its characterisation as a greenwashing exercise. There have after all been 26 of these, and the situation with regard to climate change and negative human impacts just seems to be getting worse. 2021 in particular saw mounting evidence our plight is probably even more precarious than feared.

For instance the UN’s United in Science report published in September said climate change is buffeting the planet harder and sooner than expected and that our efforts to slow it down still aren’t aggressive enough.

Did Cop26 mark a turning point? To run a successful business nowadays you have to be an optimist, but I hope I’m not being over-optimistic in thinking this gathering of the nations in Glasgow really did achieve something significant.

I would point to two important things. One is that I was amazed in several discussions I had with representatives of the young generation at Cop26 at how they have grasped the situation with both hands and understand the need to change.

I’m afraid it’s difficult to argue our generation has messed up regarding this issue. Our hunger for growth and consumerism at all costs has put us in the situation in which we now find ourselves.

There’s a chance however that the commitment, the enthusiasm and the understanding of today’s young people will be able to set us on the path to put things right.

Greta Thunberg, the school strikes and all that sit at the top of this movement, but I think it goes much deeper than that. As young people join businesses, becoming the decision-makers within companies, I believe a new ethos, a new business model can prevail.

The flooring industry can be proud of what it has achieved already, with many companies already a certain distance down the road towards sustainability, although more need to sign up to initiatives such as the SME climate hub and develop a plan to reduce emissions, reduce waste and increase their recycling activities. In my own business we understand we’re on a journey and we have been changing our working practices over many years to improve our performance on sustainability.

The CFA itself is also heavily involved in initiatives in this area. Notably the publication last year of its report Zero Avoidable Waste in Flooring – Towards a Circular Economy represented an important step towards establishing a benchmark for the environmental and sustainability position of the contract flooring supply chain, setting out the achievements of the industry so far and highlighting the challenges and priorities for improving the sector’s performance in the future.

However – and this is the second thing – my strong impression from Cop26 is that companies now understand the need for change. We’ve all been talking for years about this and reports such as the 2016 government-commissioned Farmer Review have highlighted the need to ‘modernise or die’.

Indeed some companies in our sector have been evolving into new ways of working for years, but the industry as a whole hasn’t done enough to embrace the circular economy. I do have the sense that this is now changing and that companies now understand the need for change.

We’ve been in an era in which government regulation has been the main driver – and that will continue to be important. There’s definitely still a role for government. In our industry, for instance, there’s a need for massive investment from government into bringing flooring manufacturing back to the UK, in order to enable the industry to reduce its carbon footprint.

But what I think is now happening is that companies are beginning to recognise the economic imperative of reducing their carbon footprint, eliminating waste and improving the sustainability and circularity of their products.

They have to improve not just because government or some pressure groups say so, but because their customers say so, their investors say so and all their competitors say so.

Companies which continue to pollute, to waste resources and conduct their businesses in an unsustainable fashion will begin to lose market share and will make less profit.

That is a game-changer, since it brings the whole sustainability debate into the mainstream. It means it gets written into the articles of every company and puts it on the agenda of every board meeting. It means the industry is now taking this issue and running with it – and that means we have a chance at least of actually winning the battle.

As well as the headline-grabbing discussions at Cop26 on issues such as coal production, the significance of the event was in the showcase it provided for the ideas which are going to help industries such as ours play their full part in the coming months and years.
0115 9411126
info@cfa.org.uk
www.cfa.org.uk