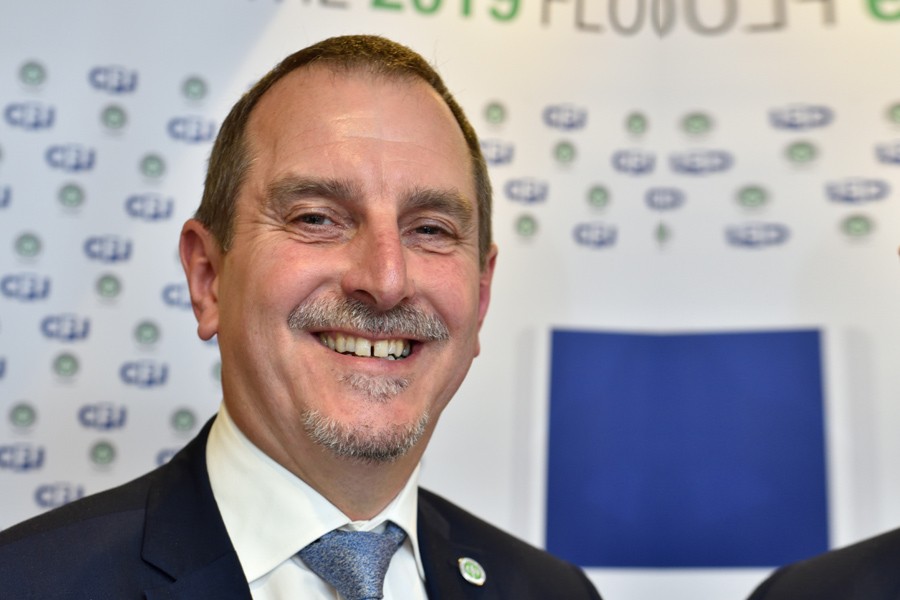 If reverse charge VAT is removed, Richard wants members to know the role the CFA played in helping make that happen.

WHEN I was a child, I remember receiving a book one Christmas that was an interactive adventure. The opening paragraphs set a scene and started a story where you assumed the role of a character. As you read through the story, at various points you were offered options.

Depending on which option you chose, the book instructed you to turn to another page and so the story would continue. I loved that book and completed it several times choosing the different options to see where it took me.

For the computer games industry, it developed into the amazing RPG (role-playing games) that many kids and adults now enjoy. Writing this article feels a little like one of those early books. I have two scenarios for reverse charge VAT, but I’m not sure which one will play out.

Therefore, if we’ve managed to get reverse charge VAT removed by government, please read the first paragraphs as we celebrate that success. If we haven’t – regrettably the more likely scenario for me – then jump to the later paragraphs for how the story unfolds. But either way it’s a story that needs to be told.

As things stand today (4 February), on 1 March 2021 the way VAT is paid between businesses in the construction sector will change. Companies who are VAT registered and CIS registered will no longer pay VAT to the majority of their subcontractors. VAT will only be paid by firms in construction:

The payment of money between firms in the construction chain will pass ‘reverse charged’ and no VAT will be paid.
The purpose of the change is to collect VAT from the few contractors at the top of the construction tree who interface with the customers rather than numerous smaller subcontractors whom HMRC think are less reliable! (Coughs and says Carillion under his breath).

The feedback we’ve had from members is that this will be catastrophic, increasing administration and complication in the long-term and creating cashflow issues in the short-term.

Through industry wide lobbying we have already had the scheme delayed twice, but HMRC appetite does not seem to have dwindled and so with the support of Build UK we have redoubled our efforts to get it abolished. Regrettably though, as I write this piece the matter is still unresolved. However, if a positive announcement has been made and reverse charge VAT has been removed, I’d like you to know the part we played.

In the second version of this article, we’ve been unsuccessful and so in that scenario, I’d like you to join us in commiserating, but understand how hard we tried. But equally, if that is the case, our support will not stop there. For members, we’ve arranged a webinar that they can attend that will explain how the scheme will work and give members the opportunity to ask questions. We’ll also be putting additional resources into the members’ area of the CFA website to create clear and concise guidance. Either way, we’re supporting members and ensuring they’re in the best position possible that we can achieve.

The nature and pace of business at the moment is unrelenting and I’m finding more and more issues where updating members in real time is invaluable. In terms of reverse charge VAT and writing this article in early February, I’m just not sure which page to tell you to turn to next. But CFA members will be some of the first to know and appropriately prepared.

The CFA is a leading trade association representing the flooring industry. For an application pack or further information on the benefits of membership, use the contact details below.
0115 9411126
info@cfa.org.uk
www.cfa.org.uk