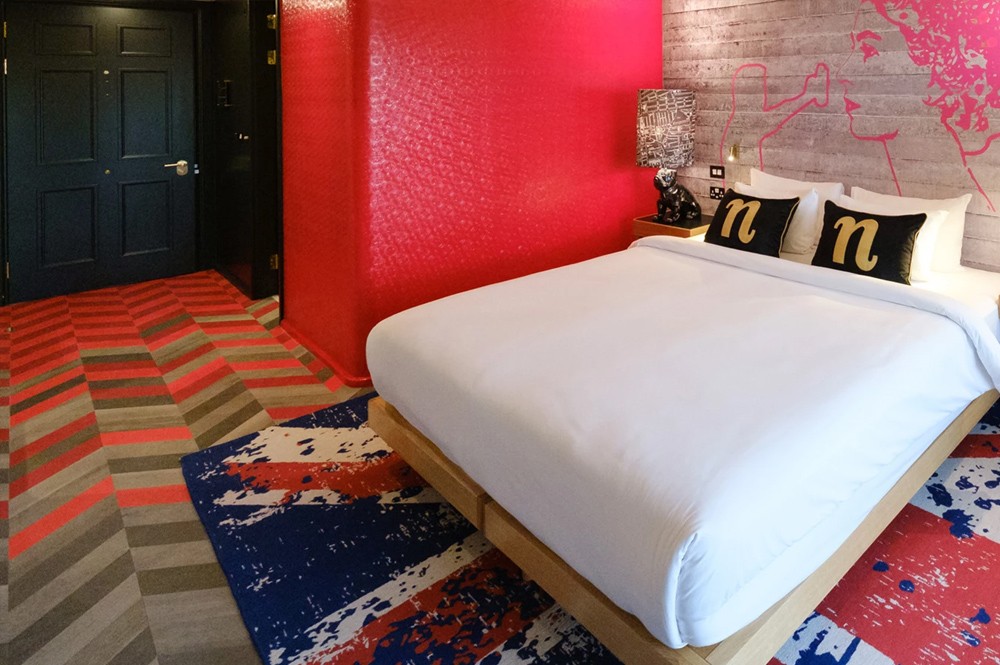 After acquiring a new venue in the heart of East London, the team at NHow hotels launched a competition asking for designers to submit their visions for the hotel’s new interior. Project Orange pipped others to the post, proposing an unconventional dynamic design that successfully blends traditional and contemporary styles.

The floors are in a bespoke Pleat laying pattern, made from an enticing combination of Amtico Spacia Woods and Stones, and bold Amtico Signature Abstracts. The energetic Bangkok and Rio red Abstracts are used prominently in the rooms’ entrances, with the colour dispersing as you enter the main living space. The vivacious Abstracts complement the rooms’ vibrant red feature walls while playfully paying homage to the famous London red bus.