Winton Flooring: A lesson in evolution 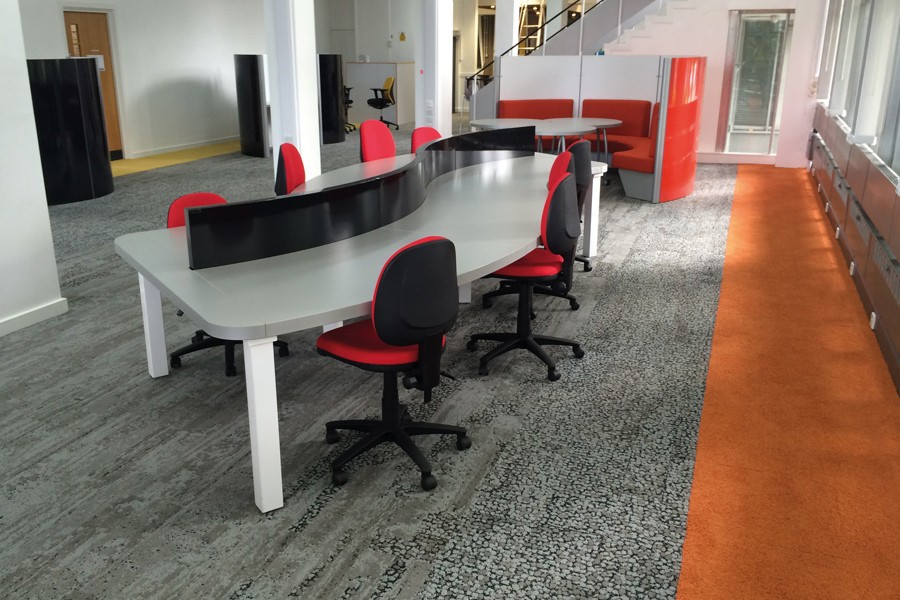 CFJ talks to John Marsh, commercial director of family-owned contractor, Manchester-based Winton Flooring. Part of the second generation to run the business, in 17 years at the firm he’s built up experience that others in the trade could learn from. By ADAM BERNSTEIN.

OF course, 17 years is a long time, and John Marsh, commercial director of Winton Flooring, has seen the supplier landscape change greatly. But it has not been a story of radical change. Quite the reverse. In fact, he would say that ‘the supplier landscape is constantly evolving… suppliers seem to wax and wane in their ability to supply on time and accurately.’ And he suggests some of this may be put down to management or changes in owners.

From his perspective – and probably many others – it was once thought that price was the most important consideration when sourcing product, ‘but,’ he says, ‘it has become increasingly obvious to me that good, accurate, and reliable deliveries are massively more important than the lowest price.’ Why? The answer to him is apparent – ‘as a contractor you’re going to lose money with fitters standing around waiting for late or incorrect materials.’

This, as a consequence, means that John tends ‘to go with the supplier who doesn’t let me down as it can reflect badly on us as a contractor; customers don’t see or care about the supply chain.’

Reliability and speed are a relatively recent phenomenon. As John describes, ‘part of the industry’s problem is that ten years ago customers didn’t have an expectation that a product could be delivered to their door within 24 hours; now, in 2021, it is seen as the norm.’

And that, he says, ‘has put massive pressure on flooring distributors as many are not setup for such rapid turnarounds from order to delivery.’ To cope with this, John has seen some of the larger distributors investing heavily in new computerised ordering and material handling systems to increase their efficiency.

So, has the new landscape meant that suppliers have become more competitive? John’s answer is very much to the point and without any bluster: ‘Everyone is, on the whole, working extremely hard to keep up with the increased demand of time sensitive deliveries. It will always be about the lowest overall price, but profit erosion can happen with standing labour costing hundreds of pounds rather than pressing for 10 pence here and there on a product per square metre.’

It’s all about communication
So, as suppliers and the supply chain are working differently now compared to recent history, there are some obvious questions to ask: Are suppliers better at keeping in touch? How does John gather information on new suppliers now? And has the web taken over or does he want face-to-face contact?

As if telling a yarn, John says that ‘once upon a time, pre-coronavirus, we had lots of contact with sales reps from manufacturers and suppliers; every day a friendly sales rep would be at our door. But now, it’s difficult, or impossible, for sales teams to meet up.’ He does still receive sales brochures and samples, but – and this is an important point that should not be glossed over – ‘without that human contact, that bond you build with a company, it is impossible to feel any emotional attachment to a product or company… especially when you have a salesperson describe the benefits of their product.’

So, yes John does use Zoom calls and look at supplier websites, but as he says, ‘the experience can be uninspiring.’ Hopefully, post pandemic, John will be able to see suppliers in person again, but sadly, he thinks that ‘handshakes will be a thing of the past.’
Even so, the old adage – ‘people buy people’ – is most definitely still applicable.

Suppliers that make the cut
With the scene set, how does John and Winton Flooring choose which suppliers to work with, and which of their products to recommend to customers? Do price, product, availability or word of mouth have any bearing?

John thinks that there is probably only one answer – that ‘products and suppliers should always be selected on what works best for the customer in the right environment; it is always best to go with combinations of products that you have used before and which the fitters are happy working with.’ In other words, he thinks that it may not always be best to go with the lowest price products ‘as they can possibly come back to haunt you in the future.’
He explains what he means.

‘A flooring contractor can waste a lot of time chasing around repairing floors which have failed due to poor screed or adhesive.’ And this, in his opinion, can have a negative effect on a firm: ‘A bad reputation with customers where floors have failed, a bad feeling with fitters that you’re making them lay cheap products, and having to do jobs again – they can be very expensive in lost production time and money.’

It’s a two-way street
It’s not uncommon to hear of stories in the press where a supplier has had a relationship terminated for any one of a number of reasons including poor products or poor service. John, however, thinks that ‘you should never ditch a supplier, as not all suppliers have the stock of everything, and you may need them again in the future’.

Interestingly, he has come across suppliers who have recently moved location and others who have undergone some form of internal restructuring which has led to chaos. In his view, ‘it is best just to give them beathing space and not to overload them with orders; instead try someone else and return to them when things become better – they will welcome you back with open arms.’

As John takes care to highlight, we’re in a different and difficult world right now: ‘It is a strange time at present. You find that there are stock issues right across the board, but as there is generally plenty of choice in materials and products, we can normally find a work around for customers.’

He thinks that his suppliers have ‘all been amazing’ whether they are working at the trade counters with screens and social distancing, or are sales teams working from home with laptops and mobile phones. As he says, ‘we have to keep working together and supporting each other to keep working safely.’

A new post-Brexit world?
As for supplies now that the UK has fully left the EU and the transitional period has ended, John reckons that the flooring industry is in a good place going forward. As he says, ‘here in the UK we have many great manufacturers of flooring products who are going to become stronger as there will be a push to buy British products.’

He adds: ‘There are not many products that we need that can’t be manufactured or sourced from within the UK.’ Actually, John is very confident. He thinks that there could be ‘a boom time for the industry in the next ten years as the construction industry will flourish with the growth of cities and businesses moving to the UK from around the world.’
Amen to that.
www.wintonflooring.co.uk