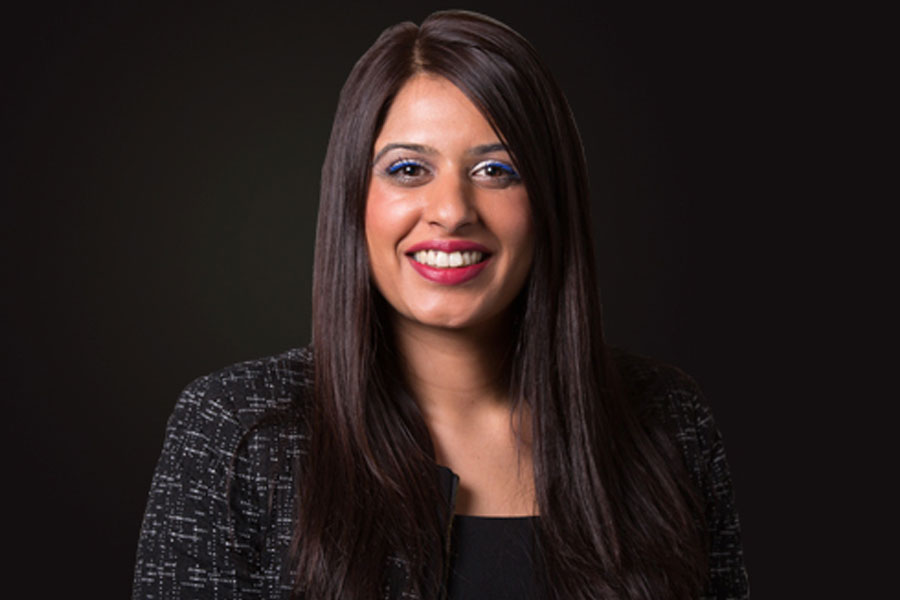 People suffering from chronic illness or disability in the workplace are generally safeguarded under UK employment law, but what about those going through the menopause? Tina Chander has the answers.

IN recent years we have seen some menopause tribunal cases and employers becoming aware of their legal obligations to employees who are suffering with perimenopausal and menopause symptoms.

As all women will experience this phase of life with varying severity, there is no one size fits all approach to managing menopause in the workplace, which can cause conflicts when a person’s ability to undertake their job is impeded by menopause-related health battles.

Statistics are currently showing a steady increase in the number of employment tribunals where the claimant has noted the menopause as a reason for their grievance. The group ‘Menopause Experts’ has stated that claims have grown from just six in 2019, to 16 in 2020, with a further 10 being launched within the first six months of 2021 alone.

With the employment landscape ever-evolving to ensure better equality for all, what can businesses do to avoid finding themselves in course facing discrimination claims? Or for that matter, what can women who feel they’ve been unfairly treated by an employer do to redress the balance?

Here we review how the menopause impacts the workplace and what the legal considerations are.

How the menopause can affect the workplace
The menopause typically lasts between four-to-eight years. During that time, about 30-60% of women will encounter intermittent physical and/or psychological symptoms which could include hot flushes, night sweats, sleep disruption, fatigue, anxiety, depression, and difficulty concentrating.

Some statistics suggest the UK could be losing up to 14 million workdays per year because of the menopause and that 25% of women experiencing symptoms will have considered leaving their job.

It’s also believed most women are uncomfortable disclosing their menopause-related health problems to line managers, most of whom are men or younger than them. In all, the situation is a perfect storm brewing, ready to combust if not handled appropriately.

What does the law say?
Currently, there’s no specific legislation that protects women going through the menopause. However, claims can be made under the Equality Act 2010 which largely includes three key characteristics: age, sex, and disability discrimination, or the Health and Safety at Work Act 1974 which covers working conditions and can be extended to reflect women whose health concerns are not being appropriately managed by the employer.

Confusingly, for claimants and employers alike, the courts are often inconsistent with their rulings around the matter, with seemingly similar cases having very different results, especially when there is a claim of disability discrimination.

Technically, menopause symptoms could be covered under section 6 Equality Act (disability) providing the ailments have had a long-term, substantially detrimental impact on a person’s capacity to undertake day-to-day activities.

But, while symptoms can impact a person’s mental and physical wellbeing for a lengthy period of time, medically speaking, menopause is classed as a phase of life, like teething or pregnancy.

So, although there have been a small number of notable successful disability claims made, more often than not, menopausal tribunal claims will fall under sex discrimination. This is because the claim often specifically concerns the unfair treatment of a person because of their gender. For example, an employer that may be seen to be treating the menopause far less seriously than any long-standing health issues in male colleagues.

What should be noted, however, is that as it stands, caps for successful discrimination claims are unlimited.

What can employers do?
There’s no legal requirement for employers to have a dedicated policy designed to support employees struggling through the menopause. Equally, businesses have no protection from the impact that an employee’s symptoms have on their ability to do their job.

Menopause symptoms can sometimes result in performance at work being affected to such a degree that employers may be legitimately concerned about their employee’s long term ability to do their job. In this instance, they may feel that commencing a formal capability process is the best way forward, but this is something employers need to be extremely wary of.

What in fact should happen, is for organisations to take control of the matter themselves and develop a framework for effectively managing menopause in the workplace.

ACAS suggests that a policy is used to outline best practice for line managers or department heads in tackling absenteeism or ill health owing to the menopause in a sympathetic and supportive manner, setting the boundaries for communication between all parties, and providing an overview of reasonable workplace adjustments which could be made.

Significantly it advises that training and awareness-raising sessions are undertaken amongst all managers and staff, along with the introduction of a personal named point of contact who will provide confidential support for any issues that arise due to the menopause.

Risk assessments are crucial for protecting all concerned to ensure that the working environment is suitable and will not worsen a woman’s symptoms. This should specifically address matters such as ventilation and air conditioning, drinking water supplies, accessibility to restrooms, and flexible working practices.

It would also be practical to include any self-help measures, which can support a sufferer in alleviating their own symptoms in the workplace. For example:

It would be sensible to discuss all of the above with a medical professional or occupational health before putting anything into writing to ensure all policies aren’t open to misinterpretation or assumptions, which is a common starting point for a lot of discrimination claims.

There are of course steps you should look to take first to ensure that you can prove that you have tried every action possible in order to rectify the situation. These should be well documented too.

Firstly, try to talk to someone who can help internally. If this isn’t your line manager or HR, look for another trusted source or a trade union representative who can actively help you seek change.

If this doesn’t work, you can make a formal complaint or launch a grievance procedure as this will ensure that your concerns are officially acknowledged. The Citizens Advice Bureau can help if you’re unsure about this process.

If you still don’t get the desired results, your situation hasn’t changed, you fear the discrimination is getting worse, or you have left your role due to the ongoing situation, then you should seek legal support and look to take the matter to an employment tribunal.

It should be noted that it can be stressful, deeply personal, and expensive. Plus, considering how inconsistent the rulings in tribunals centred around menopause have been to date, you will almost certainly want to ensure that you have exhausted all other viable options first.

Having said that, you don’t need to suffer in silence, and if you are concerned about the treatment you have received from an employer in response to your menopausal symptoms, you should certainly seek legal advice.
www.wrighthassall.co.uk