Quarry tiles and the ‘horses-for-courses’ theory 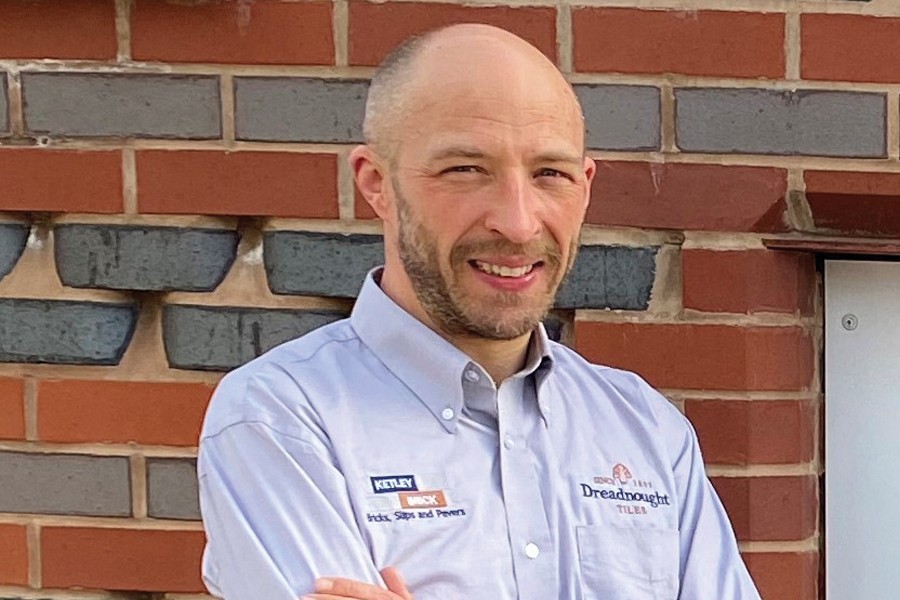 Choosing floor tiles is a matter of ‘horses-for-courses’, that’s to say ensuring you’ve chosen the right product for your project, and importantly that your product looks and performs as expected, says David Sherry.

AS with any building material choosing floor tiles is a matter of ‘horses for courses’, that’s to say ensuring you’ve chosen the right product for your project, and importantly that your product looks and performs as expected.

The history
This is very much the case with quarry tiles, which have a long history dating back centuries, but over recent years have changed in quality, appearance, and methods of manufacturing. Originally made by hand, they’ve been a popular feature of British homes and gardens for centuries, which is why they’re often seen in many of our old and listed properties.

Their heyday was during the Victorian era, when they were favoured for their naturally warm appearance, low-maintenance, durability, and versatility and their beautiful natural clay colours, which ranged from reds, brindles, and greys through to blue blacks.

With the arrival of mechanisation in the nineteenth century, they were produced in greater volumes and laid in utilitarian heavy-duty areas of homes such as in kitchens, utility rooms, and hallways as well as living rooms and can often be seen in civic buildings, old churches, and areas where a hardwearing low maintenance surface was required.

Today, many old floors are now being uncovered and restored. We’re also seeing the rising popularity of quarry tiles in new housing developments, extensions, and increasingly a feature of modern conservatories, patios, and other outdoor areas.

Traditional looking quarry tiles
As the charm of the old English quarry tile lies very much in its traditional styled appearance, there is still great demand for those classic tiles from well-known brands of the past like Dennis Ruabon, Daniel Platt, and Hawkins that are no longer made.

These days, if customers want authentic replacements for restoration projects, they must either search in salvage yards, where reclaimed tiles are expensive and in ever diminishing supply or alternatively, or they can buy new quarry tiles that are made the traditional way.

However, purchasing suitable tiles can be a potential minefield, when there are so many modern quarry tiles available on the market that are labelled ‘traditional’ or with ‘olde world’ sounding names, which aren’t necessarily authentic.

Testing for what is authentic
If a genuinely ‘traditional’ quarry tile is what customers want or need for a specific project – and this is particularly important in listed properties – then there are several ways to distinguish the ‘genuine article’ from cheaper imitations.

Firstly, the strong and durable quarry tiles found in Victorian properties were typically 18mm thick and made from dense English Etruria Marl clays, whereas many modern versions tend to be much thinner at 9-11mm.

Old tiles have a rough and variable texture unlike most modern versions, which tend to be smooth, with a more uniform surface.

Genuine old English quarry tiles also came in natural clay shades, with slight variations of tone. These colours were originally produced solely through control of the atmosphere and temperature in the kiln, an ancient technique largely lost in modern tile making, which has been replaced with artificial stains and pigments, which give a more muted and monotone look.

These days, only Ketley Brick, who has been manufacturing on the same site for about 200 years, has retained the traditional kiln firing to produce thick, robust old-style quarry tiles in naturally produced tones. Most new tiles, the majority of which are imported, may suit some customers but they’re usually far from ‘traditional’.

Quality matters
When choosing quarry tiles, it’s important to examine their performance characteristics, and in particular their strength and durability.

If they’re to be laid outside, they must have the frost resistance to withstand British weather conditions. A traditional 18mm thick high quality quarry tile, which has been fired at high temperatures of more than 1130deg – similar to the brick making process – will offer greater durability than thinner and more fragile types.

They should also have a less than 3% water absorption rate, a key factor in providing better frost resistance, and comply with R11 and category C of BS EN 14411:2016, which is the highest rating for slip resistance. Ketley Brick have taken this a step further by also testing their quarry tiles for barefoot conditions, such as for use in showers, bathrooms, or changing rooms.

In view of their practical and performance benefits, it’s easy to see why traditional quarry tiles are gaining popularity with end users and contractors alike. High quality tiles are straightforward to lay (with the thicker 18mm tiles less prone to breakage), resistant to spills of acids, alkalis, oils, grease, and fat, and they are easy to keep clean by simply sweeping then washing them with warm water with a non-soapy detergent.

Being made from a natural material, they also have a good thermal mass, which works well with underfloor heating, and they don’t release VOCs or any toxic substances into the atmosphere resulting in better air quality in buildings.

Timeless appeal for modern homes
Despite being one of the oldest and most traditional types of flooring, the visual appeal of quarry tiles, with their rich and versatile palette of warm baked clay and earthy colours, remains current and very much ‘on trend’ in today’s homes.

The variety of sizes and formats available allow for a stunning array of geometrical pattern effects, where contrasting configurations can be used to subtly divide modern floors into different open plan areas.

Although square quarry tiles were once the most widely used shape in new homes, rectangular 215×102.5mm or 215x65mm formats are now becoming increasingly popular, as they lend themselves to various different bond patterns such as chevron or the ever-popular herringbone pattern.

With their immense durability and weather resistance, the larger formats are increasingly used to seamlessly blend indoors with more exposed outdoor patio areas. This allows homeowners to create much larger continental styled living spaces that they can enjoy through the summer months.

Final considerations
For a successful tile installation project, it’s always advisable to check not just the performance certifications and CE marks of the quarry tiles, but to also look into the history and reputation and even location of the manufacturer.

Given the increasing importance of maintaining a low carbon footprint, the country of manufacture, with its shipping implications, is now an important factor for customers concerned about protecting the environment.

For many customers, buying tiles from a UK manufacturer also gives the added reassurance that, should there be any snagging or performance issues in the future, they can be easily resolved locally and hopefully with the minimum of inconvenience.
01384 78361
Fax: 01384 74553
sales@ketley-brick.co.uk
www.ketley-brick.co.uk