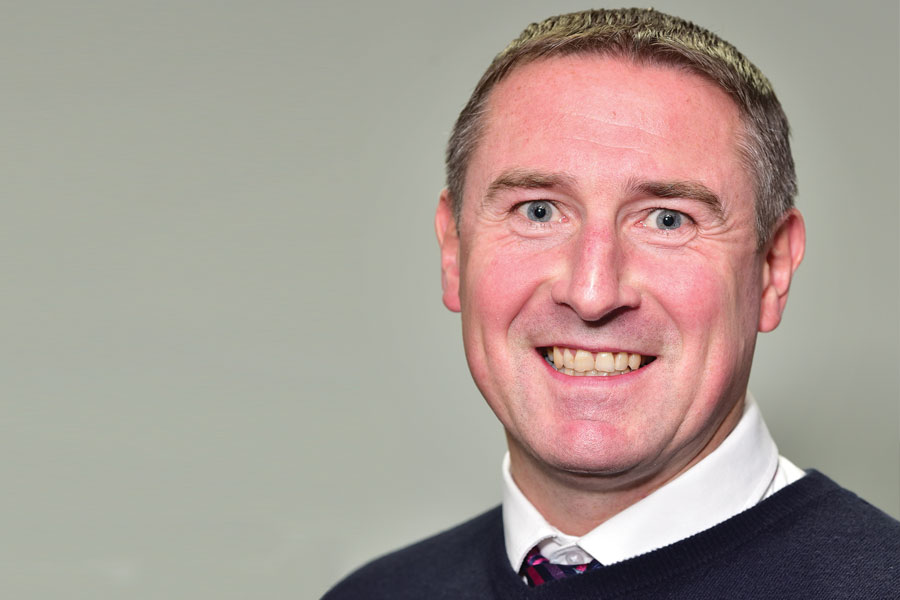 Using a real-life example of advice provided by F Ball and Co’s technical service team on the best course of action for a particular flooring project, Jason Tatton looks at common issues arising during refurbishments and offers advice on how to overcome them.

WHEN undertaking flooring installations as part of a refurbishment, you never know what you’re dealing with until you actually remove the old floorcoverings. Flooring contractors will frequently encounter several challenges they’d be less likely to find in newbuild settings, such as damaged or contaminated subfloors.

Recently, F Ball’s technical service team was called to advise on subfloor preparation prior to the installation of floorcoverings in the basement of a property in an old building in Knightsbridge, London, where there were a multitude of factors to take into consideration, including different subfloor types in varying conditions.

Initial inspection
The total area of the subfloor was about 250sq m, comprising a mix of ceramic tiles and new and old sections of sand/cement screed.

The ceramic tiles in the corridor of the property appeared to be well-bonded to the base. The subfloor in the kitchen was a sand/cement screed with infills where services had been installed; the feathered edges of which were found to be weak.

Standing water, caused by ongoing plumbing works, was observed in the stores and smaller rooms, where old adhesive residues and the remains of previously applied levelling compounds were present, and there were several manholes and cracks in the sand/cement screed. Under the staircase was an exposed brickwork floor.

It was evident the central core of the building wasn’t weathertight and subject to rain ingress. The age of the building and high levels of subfloor moisture meant it was reasonable to conclude the base wasn’t protected by a structural damp-proof course.

Recommendations
Based on their assessment, F Ball technical representatives were able to recommend subfloor preparation procedures to undertake once all areas were made weathertight and plumbing leaks were rectified, providing any cracks were static.

It would first be necessary to mechanically prepare the base to remove all adhesive residues, old levelling compounds, weak sections of screed and any other contaminants to leave a suitably sound and smooth surface for the receipt of subfloor preparation products. The ceramics and brickwork must also remain sound and well-bonded to the base and a micro textured finish attained by mechanical means, such as grinding or shotblasting.

All areas should then be vacuumed to provide a dust-free environment throughout. Static cracks/joints and divots could then be repaired using Stopgap 460 Exterior Repair mortar, a fast-setting repair mortar that can be used to fill non-structural cracks between 3-30mm. It’s designed for use in damp conditions and has excellent freeze/thaw resistance when used in external environments.

If the subfloor was still rough or uneven following this, contractors may then have wished to apply a layer of F Ball’s Stopgap 1200 Pro levelling compound, not less than 3mm in thickness, to improve the coverage rates of a subsequently applied waterproof surface membrane. Stopgap 1200 Pro is a fast-setting, fast-drying levelling compound that’s suitable for use over old adhesive residues. It’s also moisture-tolerant, meaning it can be used under waterproof surface membranes. Where old adhesive residues aren’t present, it’s advisable to prime areas beforehand.

Final steps
Contractors could then proceed to apply F Ball’s Stopgap F77 two-component waterproof surface membrane using a 1.5mm x 5mm trowel before using a roller that had been pre-coated with the product to obtain a continuous barrier to impede the passage of subfloor moisture. The product isolates excess subfloor moisture where RH values are up to 98%.

A final skim of Stopgap 1200 Pro could then be applied directly to the cured membrane providing this was carried out within 24 hours of the membrane curing. If this time is exceeded, the surface would need to be primed with neat Stopgap P141, F Ball’s primer for non-absorbent surfaces, and allowed to dry prior to the application of the levelling compound.