Taking a temperature check on LVTs 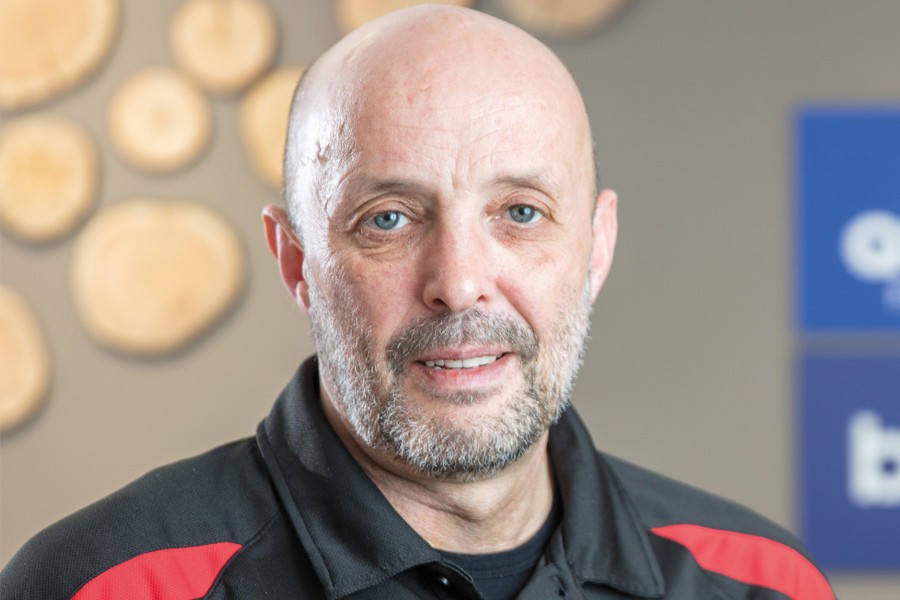 Lee takes a closer look at luxury vinyl tiles (LVTs) and investigates the common problems that can occur with them.

Think of it as this, we’ve all been in that situation on a hot summer’s day where we get into the car and the seats are too hot to sit on or the steering wheel’s too hot to touch. This is solid mass temperature, where the material directly absorbs energy from the sun. Darker colours tend to absorb more energy and every material reacts in its own way; some heat up quickly while others remain cooler to the touch.

Standard LVT is a thermoplastic material and so wants to expand as it heats up. While most good quality LVTs are relatively dimensionally stable, they still need the freedom to move, growing as things heat up and shrinking as the temperature cools. This is a more straightforward proposition if we consider ambient temperature, but more complex when it comes solid mass temperature.

Consider an open-plan room where there are bi-fold doors onto a south facing garden. On a summer’s day, in the areas directly in front of the window, the floor’s solid mass temperature will far exceed the ambient temperature, but in a corner shaded by a plant or table, it will be less so. In short, solid mass temperature can vary across the floor and changes through the day as the sun passes over.

So, if there’s not sufficient consideration to the temperature, such as the use of a polyurethane heat underlay to help disperse the heat, the different states of the LVT can cause problems and failure at the junction between the hot and cool areas.

Even if solid mass temperature is relatively consistent across the area, LVT will still want to grow as it heats. No room to move will cause pressure on click joints and as the floor softens (another effect of rise in temperature), they can fail entirely. For this reason, many installers shy away from click products in areas exposed to lots of sunlight, but with the right selection of underlay and correct installation, the speed of click vinyl floors can be enjoyed safely.

Of course, what sufficient room looks like depends on the nature of the material and its response to changes in solid mass temperature. Standard LVT floors contain plasticisers that make the floor pliable and so they respond more than rigid LVT products, which feature a fibre-reinforced core that’s designed to move more but do not soften to the same degree as flex click so are less problematic with heat.

That said, both are relatively laterally stable so expansion gaps are smaller than you would expect with wood floors, two-mm for standard LVT and eight-mm for rigid LVT. However, consistency in this gap is absolutely key.

We see many installers adopting a slightly carefree approach to the expansion gap, varying its consistency around the perimeter. Then to neaten up the installation, they’ll overfill the gap with silicone. While this initially might seem like a strategy to save a little precision and time, it is actually quite problematic.

By overfilling the expansion gap, you effectively create a permanent fix between the floor and the structure of the building or object. This completely negates the expansion gap and can lead to significant issues as the floor reacts to temperature. In fact, it might not even be the floor that causes the problem, but the wall or frame itself.

A prime example of this is u-PVC frames. With little plasticiser these rigid products can actually move a lot under heat, so if the floor and frame are ‘connected’ by an overfilled joint, the frame exerts considerable pressure, potentially causing failure.
For this reason, it is also very important to use the correct low modulus of silicone. High modulus silicone contains too much filler and does not have the required give to accommodate the movement of the floor or structure.

As long as ambient and solid mass temperature are relatively consistent between rooms, the latest generation of Quick-Step Alpha Rigid and Flexs products means LVT can now be click installed over large areas and without the need for movement joints at doorways.

However, while this may seem like a miracle solution that makes installation easy, these floors can still be affected by temperature or movement in the structure of the building. Having an understanding of how LVT responds in different climatic conditions and appreciating the importance of a consistent expansion gap is crucial in delivering a successful long-term installation.
www.quick-step-academy.co.uk