How To Make An Anechoic Chamber 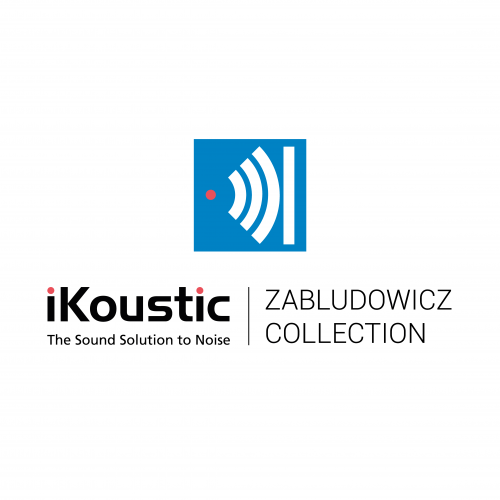 This exciting project involved a collaboration between iKoustic Soundproofing, the Zabludowicz Collection and Internationally acclaimed, London artist Haroon Mirza which fuses Science and Art to construct what is called an Anechoic Chamber. This silent space is designed for experimental and experiential research purposes on the idea of ‘A Partnership Society’ taking influence from Riane Eisler’s stance on societal progression.

“For a Partnership Society centres on the notion that coexistence is a vital and positive force in a healthy society. The title is derived from a theory proposed in 1987 by American scholar and activist Raine Eisler. She described opposing social structures: the dominator model, namely matriarchy or patriarchy, and the partnership model based on the principle of linking rather than ranking. Her ideas were later taken up by Terence McKenna in his exploration of human evolution and our relationship to psychoactive plants. “Eilser believes that the tension between partnership and dominator organisations and the overexpression of the dominator model are responsible for our alienation from nature, from ourselves and from each other.”

What is an Anechoic Chamber?

An Anechoic Chamber is most often designed to create a desirable testing space for such examples as; Response of Loudspeakers and Microphones, Loudness of General Electronic Equipment or Simulating Spatial Acoustics for Concert Halls in the design process, it is also used as a training facility for Astronauts in NASA – “Astronauts do part of their training in anechoic chambers at NASA, so they can learn to cope with the silence of space.” https://www.theguardian.com/lifeandstyle/2012/may/18/experience-quietest-place-on-earth

Anechoic literally means “without echo”, and this is achieved by lining every surface with absorptive materials to reduce the sound reflecting off the internal walls back into the room, this is done by absorbing the sound energy into the material itself effectively turning it into a small increase in heat.

The Chamber also needs to be well sound insulated, this means preventing sound from travelling into and out of the Chamber so that the external influence on results are minimal or non-existent if possible.

How does it feel to be inside an Anechoic Chamber?

Inside an Anechoic Chamber is most often perceived as an odd space in relation to the real-world environment. We, as humans, from conception inside the womb, to the day we die, are used to having everyday noises in our lives, noises that are reflected, echoed or in the background which makes up the symphony of everyday life. In an Anechoic Chamber these are almost totally eliminated, with no background noise or reflections this can cause some discomfort which can vary from person to person. The only noises we then hear are internal, self-generated sounds.

“The dull thump of my heartbeat became apparent – nothing I could do about that. As the minutes ticked by, I started to hear the blood rushing in my veins. Your ears become more sensitive as a place gets quieter, and mine were going overtime. I frowned and heard my scalp moving over my skull, which was eerie, and a strange, metallic scraping noise I couldn’t explain. Was I hallucinating? “

“For a moment, I felt genuine disorientation, like the light-headedness you can get with low blood sugar. The guy who showed me the room said that, even though he works in there a lot, he still has moments when he loses his balance, because the ear uses sound reflections—in addition to inner-ear levelling—to position the head and body.”

These are just a couple of online reviews of their experience with an Anechoic Chamber, which can vary from experience between person to person.

An Anechoic Chamber environment was required in order to achieve results for the experimental research project which is essentially to influence Sensory Deprivation, titled Chamber for Endogenous DMT (Collapsing the Wave Function) “ For this new section of the exhibition, Haroon Mirza delves into our understanding of the relationship between matter and consciousness, truth and belief. He creates unique physical experiences at the intersection of art, architecture, sculpture, sound and music. Each of the four works respond in some way to the building, artworks and context of the Collection.”  Haroon has recently been granted Residency at the CERN in 2018 and will be working alongside top researchers from Greenwich University and Imperial College London.

iKoustic were contacted by Zabludowicz at the start of this exciting project and we were quick to make sure we could support it in every way possible. The collection occupies a Former 19th Century Methodist Church in Chalk Farm, London which presents its own set of unique problems such as Listed Building status, access and available space to work in.

The space the collection had for this part of the exhibition went through several structural tests and assessments to see what was viable, it would not have been possible to construct a concrete shell due to the upper floor construction in a timber building, so we needed to look at how it was to best achieve the highest results possible given the significant restrictions.

The brief went through several iterations of re-engineering to maximise acoustic results by creating substantial mass that would be suspended and separated with acoustic materials, this also involved isolating the new floor to separate it from the existing floor thereby creating a solid support and separation from the existing listed building structure.

iKoustic specified the sound insulation on both sides of the stud frame work to increase the performance with our specifications below;

In all systems there is a high degree of suspension to reduce vibration transfer through fixings from the existing structure, ultimately looking to achieve a lesser transfer of sound into the Chamber.

Isolation Strip (5/10mm) is used on top of the new floor battening with it’s self-adhesive backing, it deviates across 5-10mm to help spread the load and creating a floating floor – reducing vibration transfer.

MuteDeck 18mm is constructed of cementitious particle board which is a blend of cement and chipboard, to create a very dense, hard board to reduce airborne transference

Tecsound SY70 helps to dampen vibration due to its visco-elastic qualities, helping to reduce the resonant frequencies between plasterboards and increase mass, improving the airborne reduction qualities of each system.

Isolation Clip and Channel helps provide minimal points of contact to the timber frame-work and provide suspension to the structure – the reverse of the Isolation Clip is a metal washer situated within rubber with only one fixing per clip –a Channel is then clipped on which each SoundPlank and Plasterboard layer fixes into.

The 1400 Anechoic Chamber Wedges, used for sound absorption, were precision cut to make sure each one was consistent, this appeals to the aesthetics of the environment and allowing a constant performance in every wedge. Each were cut as a 200 x 200mm base extending 300mm tapering at the end.

Having them in this specific shape allows the trapping of sound between each wedge, as well as presenting the narrowest face for any reflection, we can take inspiration from existing anechoic chambers such as Bell Labs “The wedge shape was chosen to “impedance match” the absorber to the surrounding air. The shape can also be considered to be a waveguide whereby all incident acoustic energy is internally reflected into the wedge. The alternating pattern was chosen to give more uniform angular absorption” https://www.bell-labs.com/anechoic-chamber/

Our Installation Team were also provided free of charge to provide guidance and expert advice on assembling materials – The onsite team at Zabludowicz had a wealth of experience in construction but, simple tips in acoustic installations help to make sure the best results are obtained.

When we set out this project, we knew of the possible limitations with assembling such a structure – so a full anechoic chamber without the concrete shell of mass was always going to yield slightly lesser results – but our focus was on making sure the internal space was as quiet and non-reflective as possible.

Given the project lead time, the availability on Acoustic Doors had extended past the launch date so the Collection opted for a 44dB Fire and Acoustic door, the door will always be the weak point to any acoustic structure, so this has brought down the results slightly.

We gained the following results

To give the results some context, this reverberation time is heavily reduced given the size of the room (38m3 approximately) which your average sized house hold room depending on surfaces maybe up to 1 or 2 seconds.

Another impressive result is the background sound level, if we take London for example (given the project’s location) the inner-city average between 0700 – 2300 is 60.9dB (61.9dB in Camden)* – remember, a 10dB reduction is halving the loudness of sound. The results for Background Sound are placed in a Noise Rating Curve in which our results are between 0-10 NR which is often referred to in creating the best acoustic environments 25 NR (lower the number the better) is often associated with broadcasting stations, recording studios or indeed, testing facilities.

“This involved 24-hour noise measurements outside 1160 dwellings throughout the UK. Of these measurements, 140 were within London”

“Noise Rating curves were developed by the International Organization for Standardization (ISO) to determine the acceptable indoor environment for hearing preservation, speech communication and annoyance.”

With the exhibition being a multimedia event, sound is being played in adjacent rooms, but with the door shut only the faintest of sounds can be heard within the chamber.

iKoustic have helped achieve these remarkable results with materials we treat homes and workplaces with every day, so no matter what the project you can contact us to discuss your project on 01937 588 226