Keep calm and carry on floorlaying 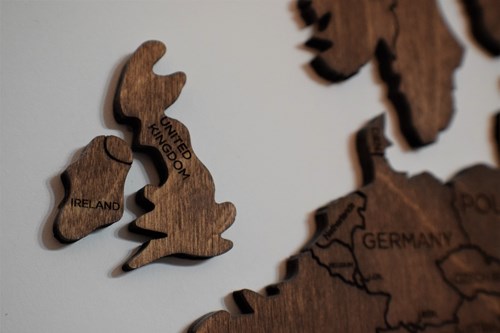 I WRITE this at a time when everything is still up in the air with respect to Covid-19. The UK government has reversed some of the damage to its reputation by supervising one of the most efficient vaccination programmes in the world, and many over-70s have received their shot in the arm. Cases have plunged since their January highs and – although the UK has the largest fatality rate per head in the world – it looks like the worst could be behind us.

There’s still talk of the hardships to come, exacerbated by the appearance of mutant strains in Kent, South Africa and Brazil, and the frightening possibility these strains and others could be resistant to our vaccines. There’s also talk of how much scarring the economy is suffering owing to national lockdowns, and how quickly it can bounce back. And then there’s the eye-watering levels of debt which the country will have to repay. And by ‘country’, I mean you and me and the rest of those trying to earn their living and get by.

The big question is how the chancellor, Rishi Sunak, will claw back some of the money. Anything he does to bring down the debt will be criticised. If the public sector takes a hit, prepare for a chorus of criticism. If he raises taxes on businesses (or on the rich), prepare for fury that he’s suppressing the country’s economic lifeblood. The chances are all of us will feel some financial pain.

Which brings me to the progression of floorlayers and floorlaying through the pandemic, specifically during the lockdowns. As someone who has watched other industries navigate a recession (the food manufacturing industry in 2007-2009), it’s been interesting to see how solidly the flooring industry has coped with Covid-19.

Sure, there were the inevitable worries and concerns when the first lockdown was announced last year. As Peter Kelsey, ceo of Designer Contracts told CFJ in an exclusive interview: ‘As soon as the PM made his emergency announcement, we closed our regional buildings and diverted emails where people were being furloughed. We kept a representative in every region that was still working on one of the laptops. We have Surface Pro (a first generation 2-in-1 detachable of the Microsoft Surface series) for demonstrating some of our products, so any mobile device instantly became worth its weight in gold.’

What followed was an industry that calmly and confidently went about its business. The same was true of Brian King, a carpet fitter and CFJ columnist, who kept in regular contact with CFJ and reported that business continued throughout the year. By following government guidelines and respecting the pandemic Brian and others in the industry kept going, which is extraordinary considering the circumstances.

So where do we go from here? Keep calm and carry on floorlaying, I say. There may be more wars to come including nasty variants and prolonged economic stagnation, but I’m confident that this industry will soldier on regardless.