Mental health among floorlayers hit a nerve with so many readers 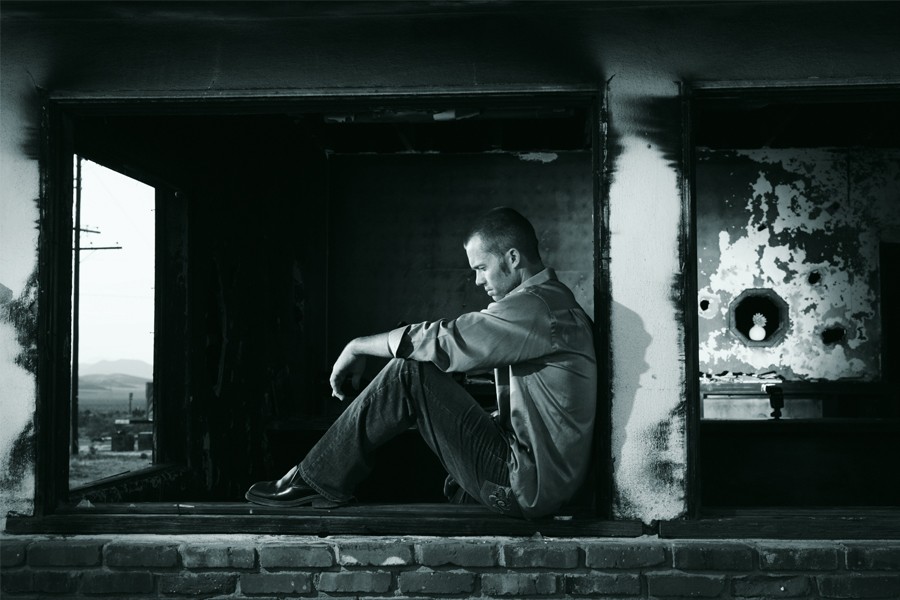 Every now and then an article in CFJ will provoke a surprising number of responses. David Strydom looks at why Brian King’s column on mental health among floorlayers hit a nerve with so many readers.

JUST a few years ago, it would’ve been unheard of for a man in the construction industry, let alone a male floorlayer, to talk about his feelings.

Such vulnerability would be mocked in some quarters and perhaps outright ignored in others. As Brian King, president of the National Institute of Carpet Fitters (NICF) pointed out in his recent column on mental health (pp123-130, CFJ January 2022), men just aren’t expected to talk about their emotions, something which has stereotypically been relegated to the female domain.

But times are changing – sometimes rather too quickly for us to grasp – and the reaction from many CFJ readers to Brian’s words proves his column couldn’t have come soon enough. As I processed his column for the January edition, I remember feeling it was ground-breaking for many reasons, but mostly because it wasn’t coming from someone outside the flooring industry. It was coming from a floorlayer who’d himself suffered mental health issues.

Anyone who’s read Brian’s columns – or, indeed, anyone who knows the man – will recognise that if there’s one person who could broach such a sensitive topic in a macho culture, it’s him. As his columns over the years have proved, he has the heart of a lion. Open, honest, and disarmingly frank, he’s definitely one of life’s deep thinkers.

After 30 years in journalism, there are few subjects that can affect me. But I was so unexpectedly moved by the words in Brian’s column that I messaged him that evening to tell him so. I knew then that it would have an effect on many readers, even if they didn’t write in to say so.

But the surprising thing is that this time they did write in. Many messaged Brian directly to thank him for representing the fact that floorlayers, particularly those who spend long hours working alone, are as prone to mental health issues as anybody else – in fact, perhaps more so.

The last time I received as much feedback was a couple of years ago and, once again, it was a column from Brian. Back then, he’d written a cautionary article about how stress and long hours had contributed to a heart condition.

After suffering shortness of breath and dizzy spells, he saw his doctor who sent him straight to A&E. ‘They soon concluded it was stress from long hours at work,’ he wrote at the time. ‘I told them I rarely get home from work before 8-9pm most nights. I explained I work till about 6pm, then do a few quotes before heading home as most customers work so I can see them only after they get in from work. I tend to work up to exhaustion.

‘I forget sometimes I’m not in my twenties anymore; I’m in my forties. I’m the sort of person – like many of you – who thrives off finding work and gets a buzz from making my business the best it can be. And I don’t like turning down work.’

While we always look forward to Brian’s columns because they’re so raw and real, the challenge for CFJ is to recognise that we represent contract flooring and are here, before all else, to provide technical knowledge on contract floorlaying.

But, as with most things in life, nothing is completely black or white. It’s important for us to monitor clicks and responses, whether they’re in the form of ‘likes’ or emails to the editor, or verbal communications, and we simply can’t ignore issues which receive an overwhelming amount of attention, even when the subject may not strictly fall within the definition of ‘contract flooring’ or ‘technical issues’. Naturally, some become quite exercised at us focusing on such non-flooring specific topics, but to them I say: if mental health suffers among floorlayers, then the flooring industry itself suffers. Simple.

And it’s clear floorlayers are suffering. A snapshot of the responses published on the preceding pages makes that obvious. ‘I know first-hand how hard it is to admit or acknowledge that you aren’t coping or need help,’ wrote one. ‘I’ve recently been in that position and just admitting it to my wife and parents had a massive positive effect.’

Another said: ‘The last thing I wanted to do was worry my wife by telling her what I was worrying about.’ And a third pointed out that: ‘We all love the banter and take the piss, but we need to look out for one another too.’

There are many more responses, of course, but perhaps looking at official figures can persuade the non-believers to take the issue seriously. As we reported recently, early findings from a major new study of the mental health of self-employed construction workers and those working in small firms show that intense workloads, financial problems, poor work-life balance, and Covid-19 pressures on the supply of materials are combining to significantly raise stress and anxiety levels.

This mainly male workforce has long been known to contain workers who are reluctant to talk about their mental health. Preliminary survey findings from more than 300 respondents suggest almost a third are now living with elevated levels of anxiety each day. Construction workers from various trades told researchers from Mates in Mind and the Institute for Employment Studies (IES) that the continuing stigma of mental illness prevents them from discussing it beyond close friends or family members.

More widely, it’s been reported that analysis of social media data provides insight into the lived experience of mental health during the first wave of the pandemic and lockdown in the UK. Two in five (42%) of the social media posts analysed contain words such as ‘anxiety’, ‘frustrated’, ‘sad’, ‘angry’, ‘scared’ ‘bored’, ‘guilty’, or ‘worried’.

Carried out by Ipsos MORI on behalf of Future Care Capital the study used a combination of machine-led analysis, manual coding, statistical modelling, and qualitative investigation to analyse 27,497 social media posts between 1 February and 31 June 2020.

It’s not all bad news, though. The pandemic, which has done its fair share of damage to the mental health of the whole country, let alone the construction industry, is slowly coming to an end and, with it, the debilitating lockdowns which caused so much damage to so many.

Along with a hopefully more buoyant economy and the freedom to travel, the UK is returning to some form of normality. Of course, some points raised by those floorlayers who responded to Brian’s column make it clear that – pandemic or not – floorlayers face many unique challenges in overcoming obstacles.

One response that hit home for me was from the floorlayer who said: ‘Much of my job is done alone, where I’m left with my thoughts and plenty of time to analyse the bigger issues in life.’

Obviously that floorlayer’s situation – along with the thousands of others in the same shoes – can’t be resolved simply by ending the pandemic. We’ve all been there – with too much time to think, our mind wanders and, because of the nature of humans, that wandering can lead to dark places. That’s where a fellow floorlayer would help, particularly one you know well and would call a mate.

But thanks to the huge emphasis on mental health over the past few years, and especially since March 2020, there are now ways and means for floorlayers to find the help they need if they are themselves working alone.

One man wrote to Brian expressing his frustration at the pressures of being male in today’s society. ‘Honestly,’ he said, ‘this generation of men has a totally new and difficult set of problems to deal with – it’s no wonder so many men struggle with mental health.’

Such a sensitive topic – which many men don’t want to broach openly for fear of being seen to devalue the empowerment of women – is something which often comes up when men speak to other men. This cannot be underestimated as a contributing factor to poor mental health, but it requires a delicate balancing act: it’s only right society changes to meet the historic moment in which we find ourselves. But, on the other hand, there needs to be recognition for (and support of) the fact a revolutionary cultural shift isn’t going to be easy for everyone, and those who – wrongly or rightly – see themselves as ‘left behind’ should have some form of support too. (Incidentally, we’d love to hear from women in the industry who have been affected by mental health issues. This is blatantly not a male-only problem.)
There are times in life when a movement becomes so big that it’s momentum is unstoppable. We reached that point with sustainability and climate change a few years ago. Now, the ‘green agenda’ is akin to a religion. If you’re not with us, the green warriors seem to intimate, you’re against us. Of course, their cause – saving the planet and humankind – is commendable (even if their methods are sometimes questionable) and so the moral imperative to force through a green agenda in all aspects of our lives is steaming ahead like a bullet train.

Likewise, the #MeToo movement brought about a sea-change in how powerful men (or any men, for that matter) treat women in the workplace and beyond.

Now, similarly, I sense we’re already at the point of no return with respect to mental health – as in, the wave of popular support is looming above us and about to break over our heads. And it wasn’t only Brian King’s article on mental health which convinced me of that – it was the astounding, unprecedented response to it.