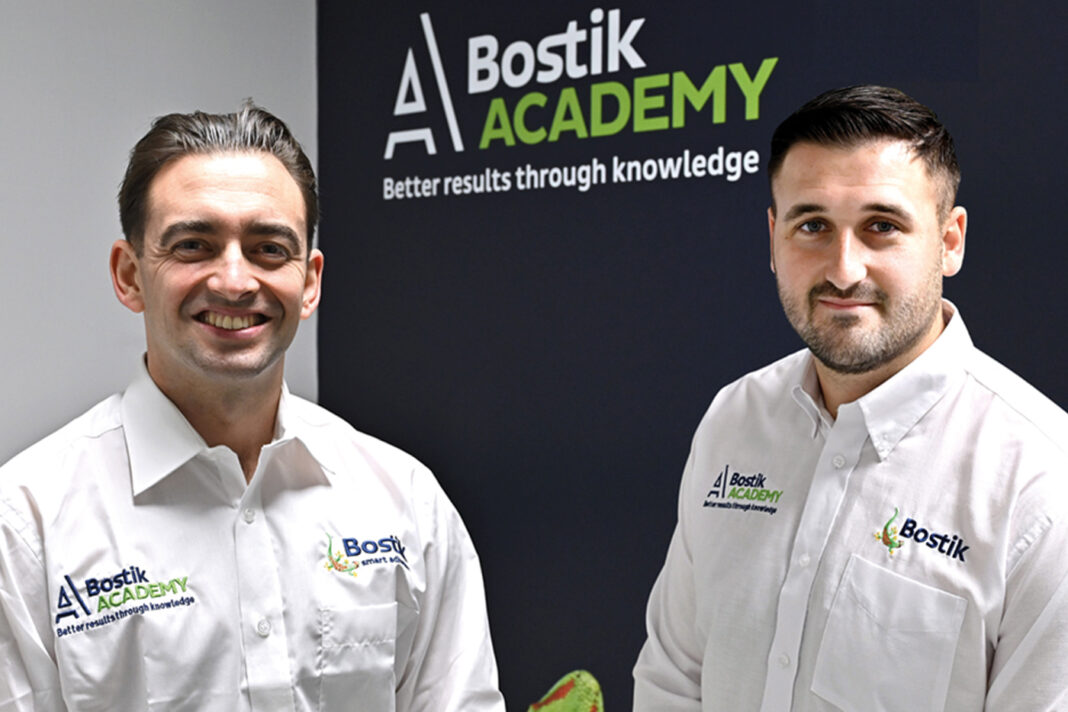 BOSTIK has added three members to its professional flooring team, reportedly strengthening its in-house technical expertise and sales presence across the UK.

Stephen Thornton brings almost 30 years of experience in the flooring industry to his new role as technical consultant. Starting out as an apprentice floorlayer, he acquired a wide range of installation expertise over two decades before moving on to project management with Titan Interior Solutions, followed by several years as the national technical manager for Nora Flooring Systems (later part of Interface).

‘I’m here at the beginning of a massive investment into the technical and specification departments, and Bostik’s future plans are very exciting,’ comments Stephen. ‘To be joining at the start was a massive attraction to me and knowing some of the other faces here – either personally or by reputation – made it impossible to say no to the role. It’s fantastic to be part of Bostik’s development of the technical teams and the Bostik academy training facility in particular.’

Daniel Downie has been appointed as area sales manager for the northeast. After earning a degree in finance, Daniel began a career in sales. He spent six years as an account manager with International Decorative Surfaces, who distribute surface materials including worktops, wall panelling and flooring.

‘It’s an exciting time to be joining Bostik,’ comments Daniel. ‘I’m going to be working alongside some colleagues with vast experience. Bostik is investing in facilities and people, and the state-of-the-art Bostik academy is hugely impressive, as was our presence at the Harrogate Flooring Show.’

Harry Phillips joins Bostik from Wurth, where he gained five years’ experience in sales, and plans to bring his personal, dynamic style to Bostik as area sales manager for the southeast.

‘I want to do everything I can to make my customers’ working lives easier,’ says Harry, who is also a semi-professional football referee. ‘It’s a privilege to join a company that takes care of its staff and customers. I’m looking forward to this new challenge and can’t wait to start building strong relationships with customers and my new colleagues.’
www.bostik.com