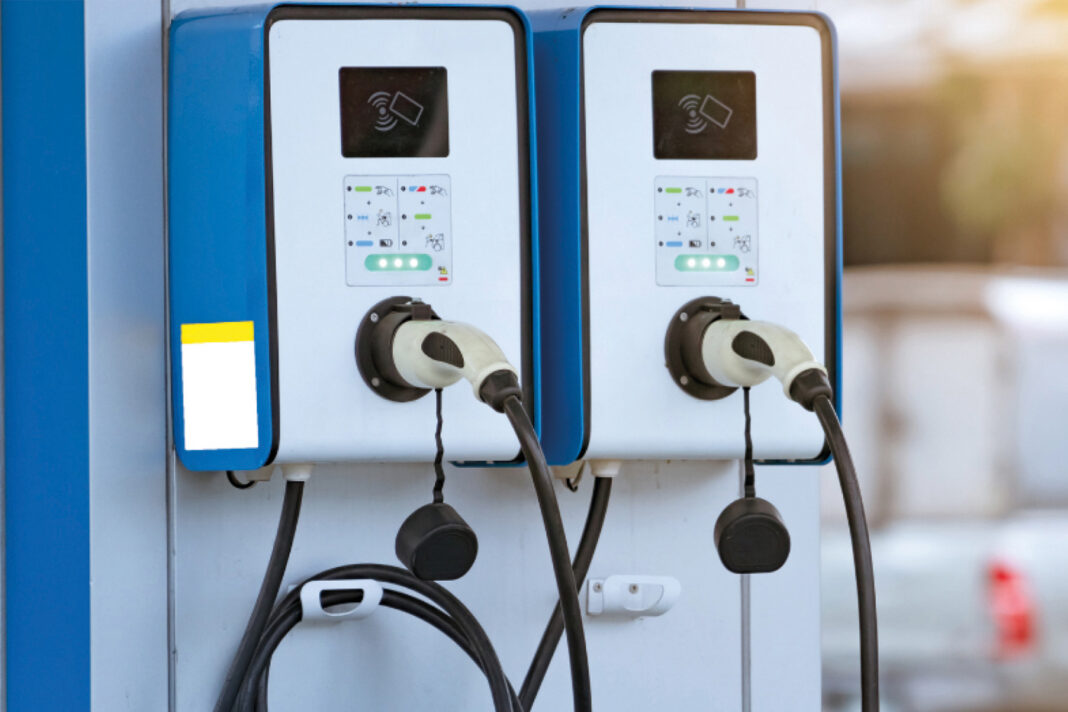 ELECTRICAL safety expert, Bureau Veritas, has cautiously welcomed new world-leading regulations for new homes and buildings in England to have electric vehicle charging points installed as standard – stating the move will help drive uptake in electric vehicle (EV) adoption in England, although isn’t the whole solution to the challenge we face in the race to zero emissions vehicles (ZEVs).

Richard Renouf, independent flooring expert and CFJ columnist, says because EV charging points are external, the regulations won’t impact flooring installations. However, he says, ‘the push towards electric vehicles will have an impact over the next decade as many contractors will have to consider ‘going electric’ with their vehicles and there’s likely to be pressure on all companies to add charging points to their existing premises’.

The regulations, which come into force from 2022, include supermarkets, workplaces, and buildings undergoing major renovations, which – together with new homes – could result in up to 145,000 additional charge points each year over the next decade. England is the first country to mandate such building regulations and follows Transport Day at Cop26, which focused on the global transition to zero emission transport.

Government hopes the new regulations will make charging EVs as easy as refuelling a petrol or diesel car today.

However, according to Michael Kenyon – head of electrical technical development MIET at Bureau Veritas – much more needs to be done in terms of retrospectively equipping existing buildings with electric vehicle charging points if we’re to truly ensure ease of charging.

He said: ‘The introduction of the new regulations is a really positive move in ensuring new properties, shops and workplaces are adequately equipped for an EV future. However, it doesn’t address the need to ensure existing buildings have the same requirement, meaning many commercial properties – such as supermarkets not planning ‘major refurbishments’ in the coming years – may well find themselves in greater competition with their newer counterparts, forcing consumers to make a choice based on available charging stations.

‘We’d therefore urge those commercial buildings to seriously consider creating an infrastructure that supports the growing volume of EVs on our roads, but also to ensure they remain relevant compared to the competition coming down the line. This requires a best practice approach to installation, functionality, and regular maintenance of charge points – which is where an independent third party such as Bureau Veritas can be vital.’

In addition to the new regulations, a further announcement by government detailed a multi-million-pound investment by National Highways for Energy Storage Systems; giant batteries for service stations where the grid supply isn’t enough for rapid charging infrastructure. These rapid chargers are part of government’s goal of introducing about 6,000 high powered chargers on the motorway network by 2035.

Michael said: ‘National Highways’ plans to invest in Energy Storage Systems is an excellent way to tackle ‘range anxiety’ among EV users, but also to combat energy usage and to alleviate the pressure on the grid in the supply of power. Having the choice on whether to charge slowly overnight at home or using rapid chargers at service stations provides the consumer with a full suite of charging options as we move towards the EV revolution.’

Energy Storage Systems ‘store’ energy in quiet periods, which then provide rapid high-power charging at busy times. Using battery storage also paves the way for service stations to become ‘prosumers’ (both producers and consumers of energy) through the installation of solar technology, which could generate, store, and utilise solar energy for EV charging, creating a more sustainable future.

Michael added: ‘While the introduction of energy storage systems at service stations provides peace of mind for long-distance drivers, the option of increased rapid charging is also ideal for those living without access to personal charging points – for example residents of high-rise buildings, or those living in highly-populated urban areas. Having a range of charging options in multiple locations will go a long way in removing barriers to EV adoption in the coming decade and as we head towards a zero emission future.’
0345 6001828
www.bureauveritas.co.uk