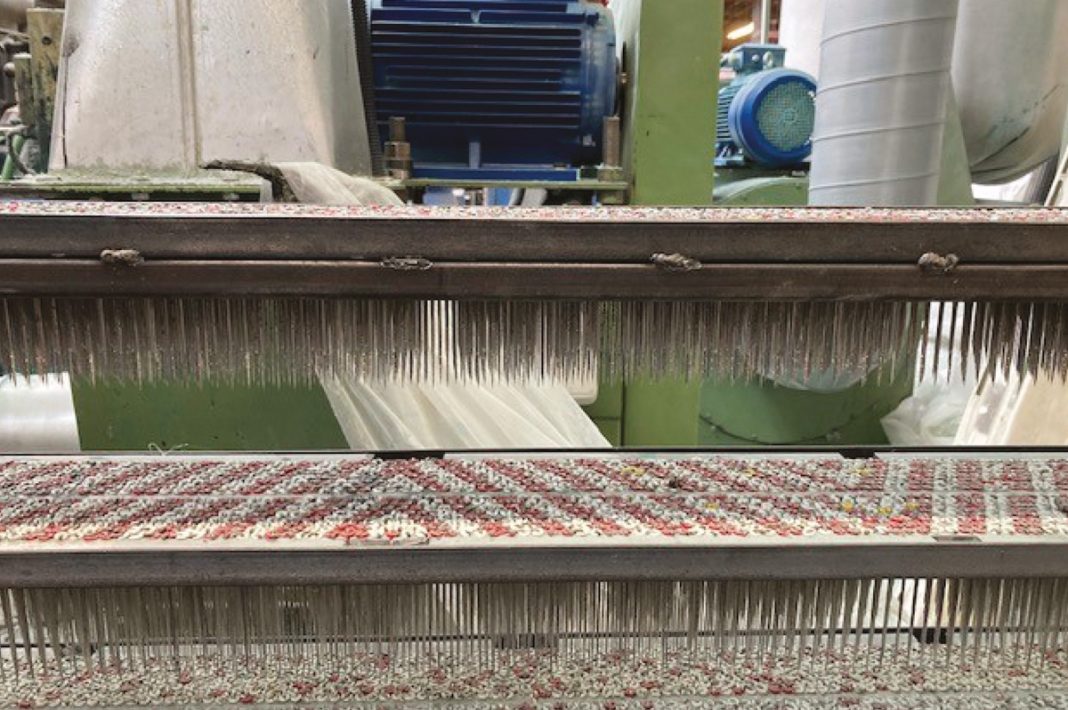 ‘How things have changed,’ says Simon Macaulay who’s been involved with Anglo Recycling making underlays for about 24 years.

‘When I first joined Anglo, I used to head round the country to visit my customers and they were decent people, but I sort of sensed they thought the time of Anglo Felt (as we were then) had passed. It was all about the new highly manufactured and technical underlays.’

But today it feels a bit different. Simon’s hair is tinged with grey, but he feels his products get a very different reception. ‘We installed our first recycling line in 2010 – and this year we’re installing our second line. Demand has been high, and we offer a second life to virgin wool rich carpet fibres and clothing fibres that we can then reuse through our needle-punch lines.

‘Using the needles in the photo these make great low energy, low tech underlays that meet all the technical standards – but are sparing of the world’s resources.’