F Ball & Co | What was once new is new again 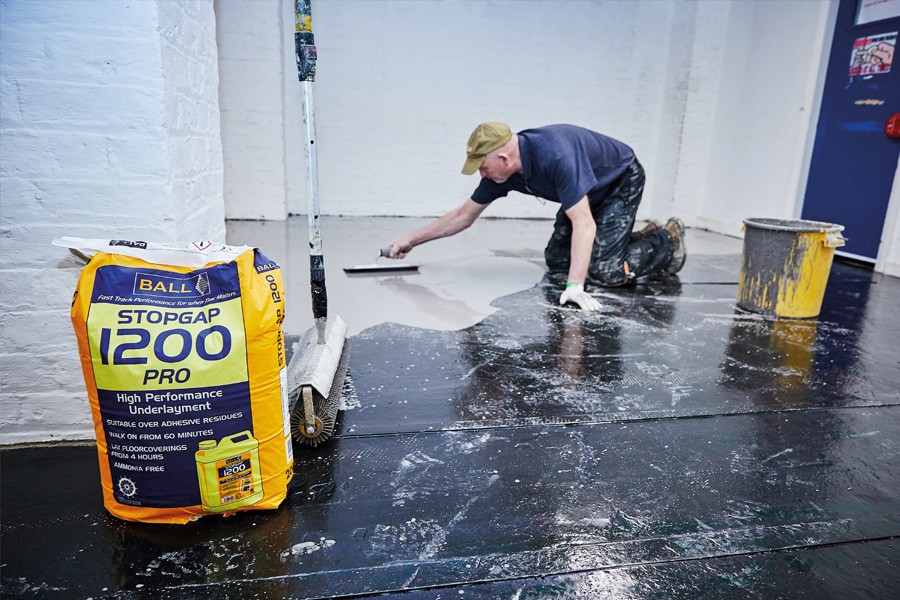 SUBFLOOR preparation products and adhesives from F Ball & Co have reportedly helped deliver style and performance at the world’s largest museum of design, the V&A, in Kensington, London.

Contractors from Olivers Contracts, based in Croydon, were subcontracted by MCD Heritage to install a range of floorcoverings in employee welfare areas, including changing rooms and a canteen, as well as offices and connecting corridors, as part of a refurbishment ahead of the museum reopening following the lifting of lockdown restrictions.

On arrival onsite, contractors found old floorcoverings had already been removed, meaning their first task was to prepare the exposed screed by removing loose materials and excess old adhesive residues.

A moisture test using a digital hygrometer indicated subfloor relative humidity levels exceeded 90% in a small area in one of the corridors off which the locker rooms are located, meaning the application of a waterproof surface membrane would be required here to prevent moisture attacking floorcoverings and adhesives, potentially causing floor failure.

F Ball’s Stopgap 1200 Pro levelling compound was then applied at a thickness of 6mm in all areas to create ‘a perfectly smooth base for floorcoverings. The product is a fast-setting, fast-drying levelling compound for preparing sound internal subfloors. It can also be applied over old adhesive residues, in which case there’s no need to prime subfloors beforehand’.

In the canteen dining area, end-grain wood blocks were adhered using F Ball’s Styccobond B95, a one-part, flexible, moisture-curing adhesive that’s designed to accommodate the natural movement of wood over the lifetime of floorcoverings.

Bolon woven vinyl tiles were installed in locker rooms and changing rooms using Styccobond F41 carpet tile tackifier, which was also used to install carpet tiles in the offices as part of the project.

In the bathrooms, Forbo Surestep safety flooring was installed using Styccobond F46, a pressure- sensitive vinyl adhesive, which provides high initial grab to hold floorcoverings in place while working and during the initial stages of drying. This work was completed by fitting Gradus capping and coving at the intersections of floorcoverings and walls using F Ball’s Styccobond F60 contact adhesive to produce a neat finish and allow for easy cleaning.

Commenting on the project, Steve Lampkin, director of Olivers Contracts, said: ‘Everything went according to plan, and there were zero problems or snagging issues. Fast-track products meant that work could be completed quickly, in stages, allowing access to other trades when required, so the entire project could be completed on time.’