A hard rain is coming 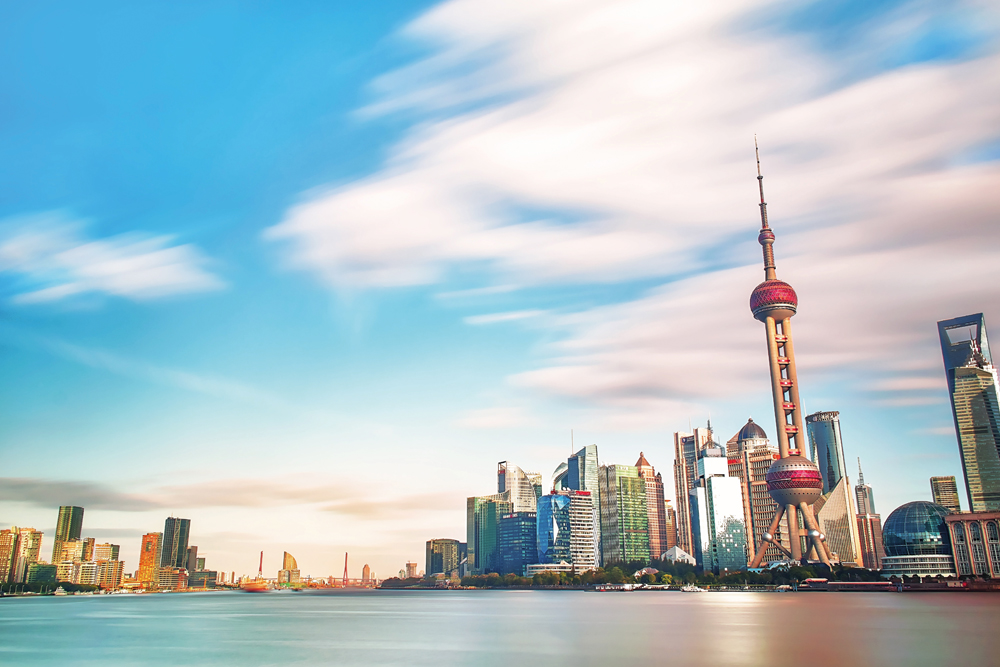 As supply chains are battered by the Ukrainian crisis and more China lockdowns, the UK teeters on the brink of recession. The much-feared ‘perfect storm’ may be about to break, writes David Strydom.

EVERY day brings more poor economic news, the most recent at the time of writing being the pound falling to its lowest level in two years amid growing concerns rapidly rising inflation could strangle economic growth. And after slight growth in January and stagnation in February, the UK economy unexpectedly contracted by 0.1% in March owing to cost of living pressure causing consumers to cut spending. This meant the economy grew only 0.8% in the first quarter, less than the 1% predicted by economists.

Not everyone is surprised.

As the UK prepared for the beginning of the end of Covid-19 in June last year, I interviewed John Brown, managing director of Glasgow-based Veitchi Flooring, about the state of the economy. Back then, many people were quietly optimistic about the benefits of a post-pandemic economic bounce.

The mainstream media, certainly, didn’t seem too distracted by the dark clouds on the horizon. The prospect of a perfect storm seemed possible but improbable. In short, nobody wanted to wallow in worry after the tragic, turbulent previous 18 months.

But John Brown was paying attention to the weather forecast. He told me: ‘What’s unprecedented in this particular situation is we’ve got availability issues across all the core materials. Timber and cement have been the biggest concerns. When a builders’ merchant runs out of cement, it’s pretty much like Sainsbury’s running out of milk. We’ve never had issues in 30 years around cement availability.’

The sense that extremes at either end of the scale predict a coming storm sobered John. ‘The biggest issue facing Veitchi is continued uncertainty in the market, and our opinion is we’re experiencing the beginning of a boom, and we need to ensure the boom doesn’t go too high, because the higher it goes, the further it will fall. We need to understand the profile of the boom, so we can prepare for the drop when it comes, if it comes. The better we can tail off and keep everything going, the less we have to worry going down that way.’

Veitchi started to note material price increases pre-Christmas, said John. The first signs of the smoke that foretold a fire were container and shipping issues caused by Covid-19 and exacerbated by Brexit. Communication in the supply chain is key to resolving the issue, he added John. And what he feared, he said, were surprises.

Ah, surprises. There was no way back then that John – or anybody else for that matter – could have predicted a savage Russian invasion of Ukraine, which has hit the world economy like a meteorite just when it needed to be nurtured. Suddenly, we’ve all discovered how crucial Ukraine is to us in terms of product and trade.

For instance, as the former editor of The Tile & Stone Journal, Joe Simpson, noted, Ukrainian clays account for 25% of all the raw materials used by the Italian ceramic tile industry. ‘Coupled with the impact of high gas prices, 30 out of about 220 factories are currently mothballed, and about 4,000 production staff are on furlough.’

Joe continued: ‘New clay supply countries have been approached and enough clay sourced, but it will take some time for these new clays to be delivered, fully tested, and for the tile body formulations to be adjusted to reflect changes in chemical composition between clays from different seams from different countries. However, the negative impact isn’t expected to be very long-lasting. That said, the gas prices will, inevitably, feed through into higher tile prices, both now and going forward.’

The situation in Spain is similar, but more extreme as it relies more heavily on Ukrainian clays which are used in standard glazed wall tiles and non-vitrified floor tiles, Spain’s strongest product areas.
Meanwhile, UK sources in the timber industry tell CFJ the trade is being hugely affected by new China pandemic lockdowns and the shutting down of trade with Russia and Belarus.

Said one source: ‘Although the UK economy is cooling somewhat, UK stocks of many products are steadily depleting and there are expected to be some significant shortages of product for various sectors of industry. Importers are now scouring the world for alternative options of supply to satisfy specific industry requirements.

‘We know many ports in China are seeing shortages of workers owing to Covid-19 (particularly Shanghai), which is having a big effect on unloading/loading of vehicles and vessels, in turn causing delays on arrivals and product being missed off shipments. Freight costs remain high and vessel arrivals of wood-based panels to UK ports have slowed significantly.’

This news reached us just before an update from GlobalData warned that impressive growth in the UK construction industry is unlikely to continue in the coming quarters because it’s facing ‘severe headwinds’.

GlobalData currently forecasts that construction output growth will stand at 3.4% in 2022 as a whole, which means in constant prices terms, output will just be marginally below the 2019 level. However, the downside risks to the outlook have intensified given the sharp increase in prices for key construction materials, supply chain bottlenecks, and higher energy costs.

Danny Richards, construction analyst at GlobalData, said: ‘Construction output in the UK has continued to edge higher in recent quarters having rebounded quickly in late 2020 following the slump in Q2 2020, when the country went into lockdown to contain the spread of Covid-19.

‘In Q1 2022, construction output reached a record high, just surpassing the previous high set in Q1 2019 (in seasonally-adjusted constant prices terms). However, concerns are mounting over the surge in prices for key construction materials and energy, which is expected to constrain construction output growth in the coming quarters, along with an increasingly gloomy outlook for the UK economy amid rising interest rates.’

According to the latest data published by the Office for National Statistics (ONS), construction output was up by 7.4% year-on-year (YoY) and 3.8% quarter-on-quarter (QoQ) in January-March 2022 (in constant prices, seasonally-adjusted terms).

GlobalData points out that new infrastructure construction work has been the key driver of overall construction output growth since the onset of the Covid-19 crisis, and expanded by 19.5% YoY in Q1 2022. The residential construction sector has also continued to recover, jumping by 6.9% YoY and 6.1% QoQ in January-March 2022. However, the sector has yet to return to pre-Covid-19 levels, being 4.4% lower than the record high posted in Q3 2019.

Richards concludes: ‘Although posting an impressive outturn in the first quarter of the year, the outlook for the UK’s construction industry is mixed, with the ongoing recovery facing major downside risks, notably inflationary pressures and supply disruptions affecting the availability of key building materials, along with geopolitical and economic risks that have dampened investor confidence.’

At the time of writing, Bloomberg UK was reporting that China’s lockdowns to contain Covid-19 have snarled operations at the world’s largest port in Shanghai and stalled activity in major cities, affecting the supply chains of businesses from Tesla Inc to Apple Inc.

‘Chinese export growth likely slowed to its weakest pace since June 2020, while imports probably contracted for a second month, a sign of weak consumer spending as millions of residents in Shanghai and elsewhere were confined to their homes,’ said Bloomberg.

‘As manufacturer to the world, the disruptions in China are weighing on the global economy and add another risk to the inflation picture. In Shanghai, where most of the population have been under some form of lockdown for more than five weeks, government is trying to get production back on track. Yet many foreign businesses say they’re still unable to resume operations.’

China’s inflation data will also be in focus as shortages of food and other goods, also triggered by lockdowns, drive up costs. Consumer price growth is forecast to accelerate, while factory gate inflation likely remained elevated in April.

The latest Global Construction Monitor from the Royal Institution of Chartered Surveyors (RICS) said availability of materials was a ‘major constraint to current activity’ mentioned by almost every contractor, builder and developer surveyed.

‘Labour shortages do not seem to be improving, with a net three quarters of respondents struggling to find workers. The institution said the shortages were widespread, with quantity surveyors, project managers, skilled trades, and labourers in high demand. Industry bosses have reported sharp rises in the cost of various materials, including timber, steel, and concrete over the past year. Fuel prices also have soared of late. Some in the industry have pointed out many workers went back to Europe during the pandemic and were yet to return.’

Statistics show vacancies in the construction sector are at their highest on record at nearly 50,000, almost double where they were before the first lockdown.

‘Combined with problems around accessing building materials in the current environment, (the labour shortage) is exerting significant upward pressure on construction costs at the present time,’ Simon Rubinsohn, the institution’s chief economist, said.

Whatever happens over the next weeks and months, there’s no doubt the economic situation in the country – and by implication the construction sector – is going to get a lot worse before it gets better.