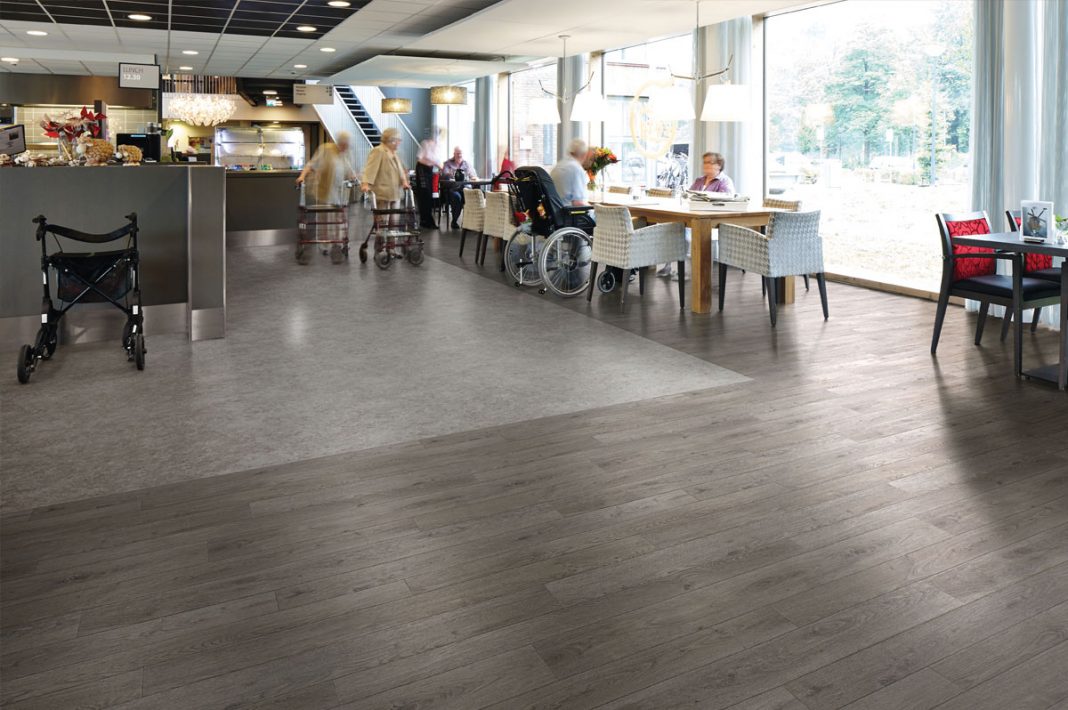 FLOORING is a key factor in designing a dementia-friendly environment as it has a significant impact on safety and orientation, giving patients confidence, security, and independence. Indeed, selecting the wrong flooring can cause confusion in dementia patients who may become distressed, resulting in accidents.

According to Alzheimer’s Research UK, 944,000 people are living with dementia in the UK, and the Alzheimer’s Society estimates that by 2051 there will be more than 2m people affected. Owing to this expected rise in numbers, the demand for dementia-friendly flooring has also increased with many becoming more aware of the impact of flooring as the largest surface finish in any interior.

In fact, flooring is recognised by interior designers in dementia-friendly refurbishments to be of the ‘uppermost priority’ as people affected by dementia often find themselves confused by inappropriately used patterns or finishes.

That’s why Forbo Flooring Systems has partnered with the Dementia Services Development Centre (DSDC), an international centre that draws on 25 years of global research and practice, to identify which of its products can contribute to improving the quality of life for people with dementia.

Now, flooring contractors can choose from an extensive selection of more than 1,000 Forbo products, which have reportedly been accredited across the Class 1a, 1b and 2 rating system.

Says the company: ‘This rating system is based on the tonal contrast and pattern of products, which determines their suitability for use. For example, a rating of 1a indicates a plain design with little variation in pattern, whereas a Class 2-rated floorcovering has more variation and has a caution to use carefully.’
www.forbo-flooring.co.uk/dementia