‘Capture the look of aged parquet’
with Les Iconics 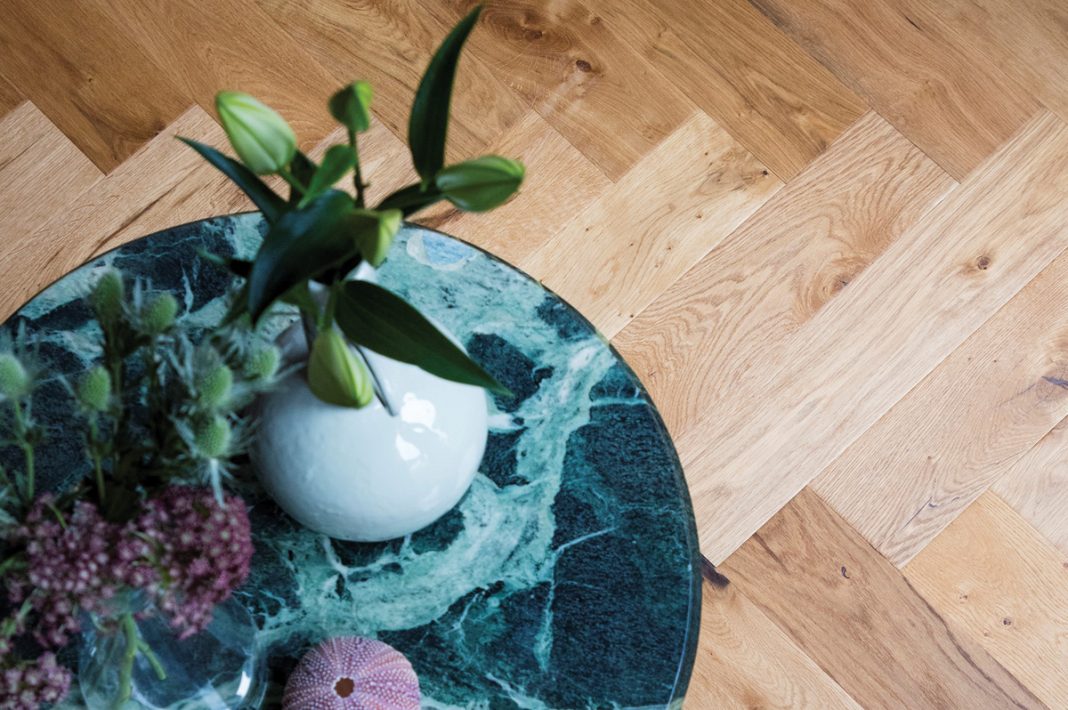 CAPTURING the timeworn look of age-old parquet in a wood floor made for today’s homes, Les Iconics is the new collection from BerryAlloc, says the company.

It says: ‘Opening the door on a world of expressive and characterful looks, Les Iconics brings the history of parquet with an engineered construction for a floor that looks old but performs just like today’s very best. Available in Aged and Rustic and featuring traces of traditional craftmanship with hand-scraping and sawing effects, this new collection makes the charm of aged oak more accessible.

Julia Egeler, product manager parquet, says: ‘For Les Iconics, we’ve taken traditional hand-applied aging techniques and translated them into modern machine production. This means we can bring the character of aged oak on a large scale, so this popular look is available from a standard collection and at a far more accessible price than bespoke finishing.’

The company continues: ‘For those homes that want a classic oak laying pattern, Herringbone and Chevron bring the 19th century back into fashion in two parquet laying patterns. Available in a natural oil finish in the warm tone of Lutece, and with large knots and discreet irregularities, both laying patterns present a classic and traditional look that’s much in demand.’

Showcasing depth and warm, aged floors reportedly give the appearance of an old wood plank floor that’s been renovated by hand, using slight traces of sawing and hand-scraping for a crafted feel. Using a natural oil finish that’s said to develop character with time, it comes in colours of Neroli, Badiane, Galanga and Massala in an ‘elegant’ 1,900x190mm plank.

BerryAlloc says: ‘To create the distinct character of an old parquet floor, Rustic has a deep brushed finish. In shades of Sylva and Bosco, it sees a brushed and hand-scraped oak in a natural oil finish.

Altis and Hortus combine the brushed finish with hand-scraping and sawing effects. In Altis, BerryAlloc also uses three different thickness of oak top layer to imitate the irregular effect of old flooring. It also comes in mixed assortments of 1900, 1200, 680mm lengths to make its ‘old floor’ feel even more authentic.‘

It concludes: ‘Les Iconics is supported by a range of marketing materials, including two impressive stand options that can be used on their own, or to sit alongside other BerryAlloc wood, laminate, high pressure floors or vinyl planks and tiles.’
www.berryalloc.com