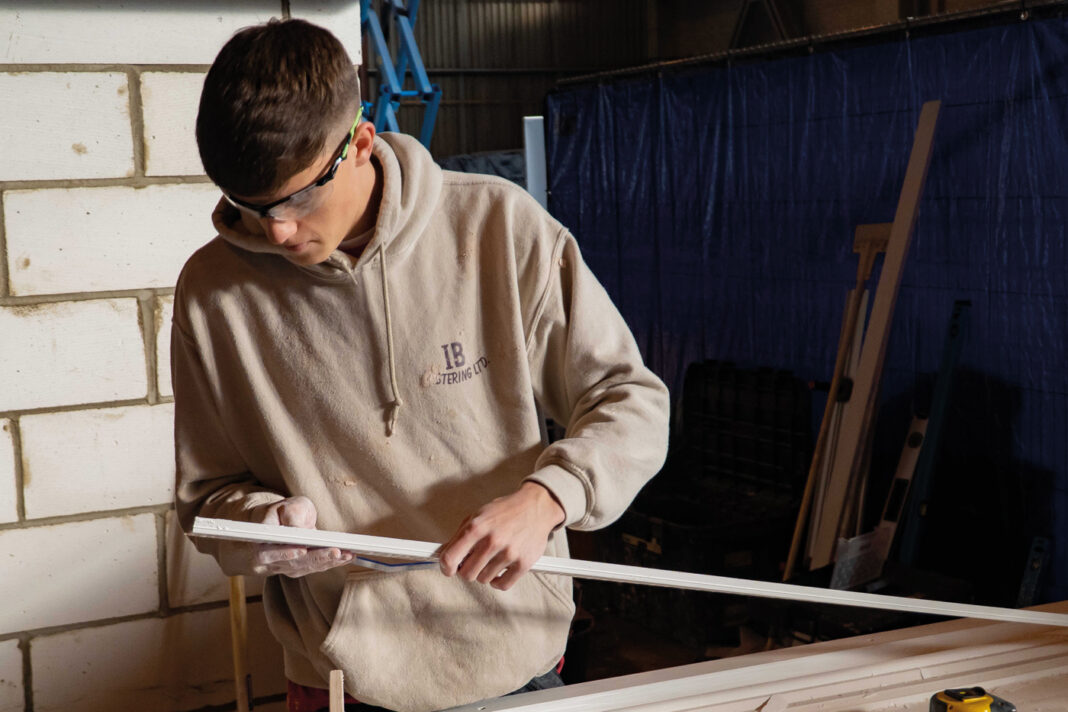 The winners of SkillBuild ’21 – the ‘UK’s construction Olympics’ – have been described as having ‘the skills everyone is crying out for’.

The SkillBuild medallists were announced at an online national celebration event and crowned (virtually) by TV presenter Steph McGovern from her Packed Lunch studio. Announcing the medallists Steph said: ‘The winners would be part of the best contact book you could ever have. If you’re looking for a bricklayer, you’re going to go for one of the country’s best. These are the skills that everyone is crying out for.’

Sam Dean, 19, from Ashton-in-Makerfield won the gold medal in the plastering competition. Sam, who has just finished his apprenticeship, has been working for Chorley-based IB Plastering for two years.

SkillBuild is managed by the CITB, in collaboration with WorldSkills UK. Commenting on this year’s competition CITB ceo Tim Balcon said: ‘SkillBuild brings the best out of the UK’s most promising construction trainees and apprentices. It teaches them to use their skills under pressure, to work to deadlines and to produce high quality work. The talent on display in this year’s competition was a credit to competitors and their trainers. It augurs well for industry, too.

‘There are great opportunities for skilled construction workers in the UK. Demand for labour is high as the economy recovers from the pandemic. CITB estimates that over 40,000 new construction jobs will be created between now and 2025. It’s important we increase the number of people in construction, the example of SkillBuild competitors will help do that. I wish all the competitors the very best in their careers.’

Deputy ceo of WorldSkills UK, Ben Blackledge, says success in UK-wide finals is a litmus test for the future of the economy. He said: ‘These young people are a real inspiration. They are an example to us all and are to be congratulated. To have excelled after such a difficult year shows their dedication and drive is second to none. Skills are the lifeblood of every economy, creating high quality jobs, rewarding careers, inward investment and growth.’
www.citb.co.uk