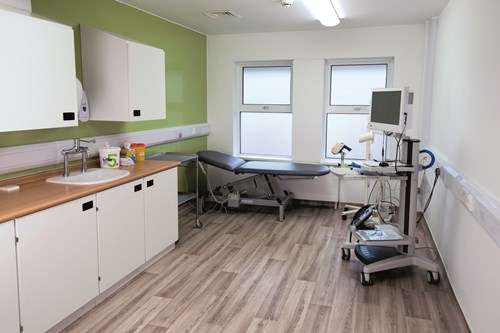 UZIN products were recently used by Superior Finish Contracts to install about 1,000sq m of flooring at the new sexual assault referral centre at Hinchingbrooke Hospital in Huntingdon.

UZIN NC 163 smoothing compound was used on all areas, UZIN KE 2000 S was used to adhere the vinyl flooring, while the carpet tiles were installed with UZIN U2100 tackifier.

Hinchingbrooke Hospital, part of North West Anglia NHS Foundation Trust, prides itself on providing the highest standard of health care therefore it was particularly important to use products that were both EC1 and low emission.