The truth behind the ‘super deduction’ 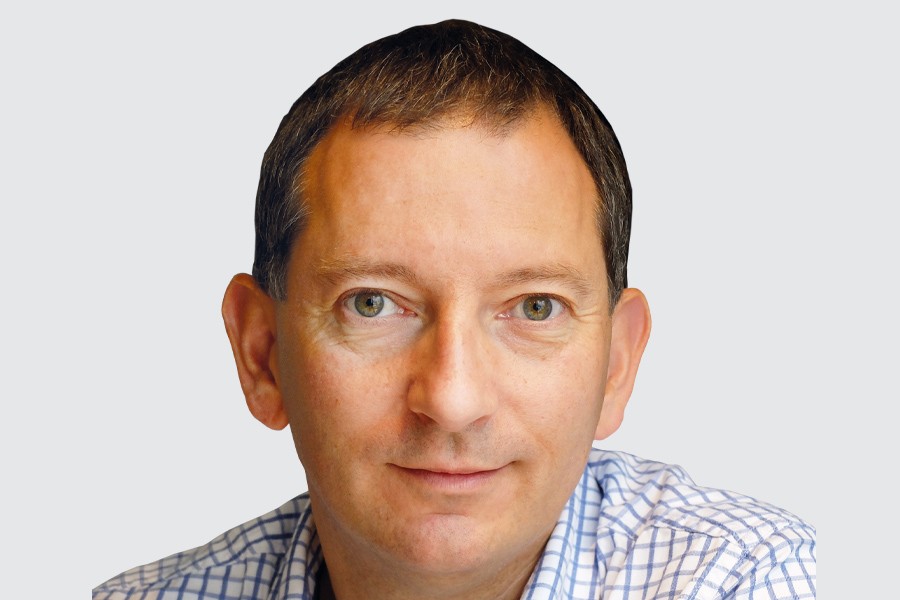 In part two of this special financial report, Adam Bernstein examines the ‘super deduction’, a capital allowance which allows companies to cut taxable profits by 130% of the cost of new equipment.

IT’s not often the government puts in place a programme that’s both welcomed and little criticised, but that’s exactly what the then-chancellor, Rishi Sunak, did on Budget Day in March 2021. Called the ‘super deduction’, it’s a capital allowance which, in summary, allows companies – note that last word, we’ll come on to that shortly – to reduce their taxable profits by 130% of the cost of new equipment. Understandably, the move attracted a lot of interest. But it also raised several questions.

The super deduction defined
As Will Silsby, a technical officer with the Association of Taxation Technicians, explains, the super deduction is ‘a temporary allowance designed to give a greater and faster level of tax relief on qualifying expenditure incurred between 1 April 2021 and 31 March 2023’.

And for Kieron Batham-Tomkins, tax manager at accountancy firm, BHP, the allowance is all about getting the economy going. Specifically, he says: ‘The super deduction is the latest initiative from the UK government to promote spending by limited companies on the purchase of new plant and equipment’. Importantly, he says ‘this is the first time, from memory, that government has ever enhanced tax relief above the actual expenditure incurred’.

Offering more detail, Silsby explains the super deduction works by treating a company as if it had spent an extra 30% on an item and then allows tax relief on the whole of that uplifted amount in calculating the tax bill for the year of expenditure.

But the allowance isn’t available to all businesses; instead, and recalling the earlier reference, it’s only available to those subject to corporation tax – typically limited companies. This, says Batham-Tomkins, means ‘unfortunately, sole traders and partnerships aren’t eligible for the enhanced relief’. Further, it’s also unavailable to a company if it’s ceasing activity.

Only certain expenditure qualifies
The super deduction only applies to items which are treated for tax purposes as plant and machinery. For many businesses, Silsby says ‘this is likely to cover most of their expenditure and simple examples of plant and machinery include anything from a laptop to a double-decker bus. In contrast, a building or structure, or something intangible such as a franchise, cannot be plant or machinery and won’t be eligible for the super deduction.’

And adding to Silsby’s list, Batham-Tomkins talks of other items such as machinery, tooling, computer equipment, software, furniture, and commercial vehicles such as vans and lorries.
But as should be expected with tax law, there are other key terms to note too. And here Batham-Tomkins details how the spend must be made on new – not second-hand – assets. Also, he says ‘most assets don’t qualify when they’re acquired for leasing, which can rule out rental companies and certain group structures (holding companies leasing assets to subsidiaries)’.

Batham-Tomkins continued: ‘Since the drafting of the rules however, there’s been some light relief for property landlords in that the lease of ‘background plant and machinery’ will now qualify for the enhanced deduction’. Broadly, this means plant and machinery which you’d expect to be installed in, or on the sites of a variety building where the main purpose is to provide a function.

The practical effect of the super deduction
Before delving into the effects of the super deduction, Silsby makes plain that all businesses, whether limited companies, partnerships, or sole traders, were already entitled to an annual investment allowance (AIA) which enables them to get tax relief on the whole of their qualifying expenditure for the year of purchase, up to an annual limit.

To this, Batham-Tomkins says: ‘The relief works much in the same way as the AIA, albeit at 130% of the expenditure incurred, but unlike the AIA, there’s no limit on the amount of expenditure which can be incurred.’

An interesting effect of the super deduction is that at higher levels of qualifying expenditure it creates a disproportionately greater benefit.

A separate special rate allowance
As already noted, some items of plant and machinery aren’t eligible for the super deduction. This includes all items of capital expenditure which are treated as ‘special rate’ assets. Silsby details that these assets include integral features of a building (items such as heating, lighting and power systems, air conditioning and escalators), long-life assets (with an expected useful life of at least 25 years), thermal insulation and solar panels.

He says that: ‘Under the general capital allowance legislation, the annual writing down allowance on these items of plant or machinery is just 6% rather than the normal 18% meaning these ‘special rate’ assets are written off more slowly for tax purposes.’

But there’s a catch, says Silsby: ‘If a company incurs qualifying expenditure on these types of assets in the two-year period starting on 1 April 2021, they cannot qualify for the 30% value boost.’ However, he says companies in this situation will be, provided that the assets aren’t specifically disqualified, entitled to new special rate allowance – this ‘provides tax relief for the year of expenditure on 50% of the actual cost instead of just 6%. Unlike the super deduction, this doesn’t increase the value of tax relief over the life of the asset, but it does significantly accelerate the relief’.

It’s notable, though, that Batham-Tomkins reckons that for all limited companies that are eligible to claim, at 130% it’s more efficient to use the new super deduction regime rather than the existing AIA.

Super deduction, the special rate allowance and tax losses
As any good accountant knows, a feature of the capital allowances regimes is they can reduce a company’s taxable profits. In practical terms, Silsby says this can enable a repayment of corporation tax for the previous period.

‘But,’ he adds, ‘because of the pandemic, the chancellor announced that losses arising in a company’s accounting period which ended between 1 April 2020 and 31 March 2022 can be carried back for two further years.’

Such a loss carry-back could, states Silsby, enable a company that had depressed profits to still receive early tax relief. He comments, though, that ‘it’s important to consider the alternative of carrying the loss forward, particularly if that might result in tax relief at 25% instead of 19%’.

It’s interesting that, cynically, Batham-Tomkins thinks there’s been some ‘very clever planning by government’. And by this he’s referring to the super deduction being available up to 31 March 2023, ‘at which point,’ he points out, ‘the corporation tax rate rises to a maximum of 25%’.

He continues: ‘If the new super deduction encourages companies to spend earlier than originally planned, the effective tax relief is, as we saw earlier, 24.7%. But from 1 April 2023, if companies then reduce their planned spend, higher profits could then be taxed at 25%, an increase of 0.3% on the current tax relief being offered’. In other words, there seems to be a little bit of balancing act required.

One more thought
Last, it shouldn’t be forgotten that an important consequence of both the 130% super deduction and the special rate allowance is that part of the tax reduction will be clawed back if the relevant asset is subsequently sold. ‘This,’ advises Silsby, ‘needs to be borne in mind if such a disposal is likely.’

Batham-Tomkins offers more. He explains that ‘when receiving proceeds on sale of assets claimed under old regimes, the proceeds are deducted from the company’s capital allowances pool balance and effectively taxed over several years’.

The situation, warns Batham-Tomkins, is more complex where business years straddle tax years beyond 1 April 2023 when corporation tax rates potentially rise for some, depending on profitability. Here, good advice is especially important. But fundamentally, he warns companies not to try to game the system.

In summary
With the complexities set down, it’s not hard to see it’s essential for any company to take appropriate professional advice in advance to ensure the super deduction or the special rate allowance works as expected. But if ever there was a time to buy new plant and equipment, it’s now.
Adam Bernstein is an independent columnist